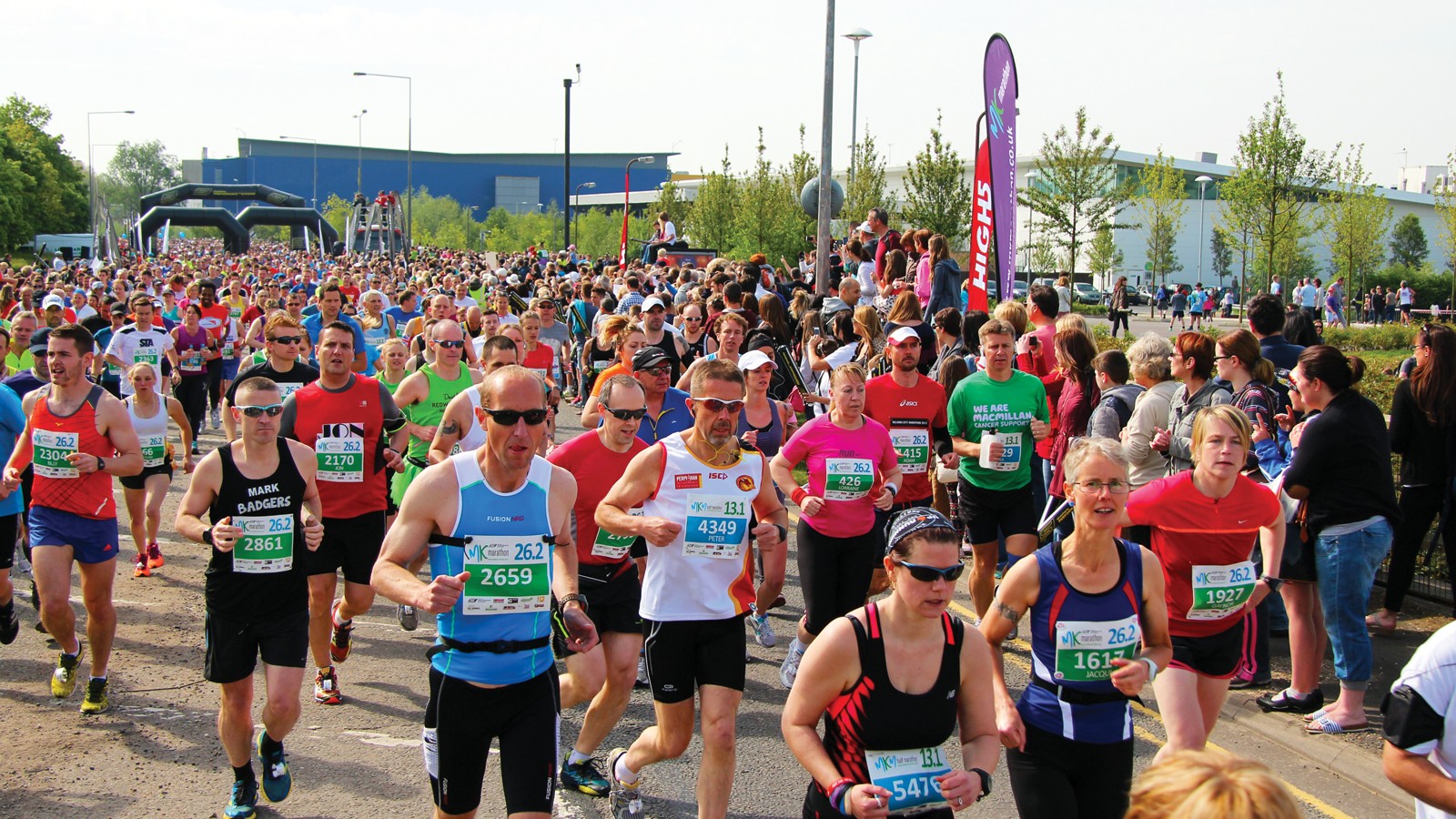 i love this race. It was my first time running the MK Half and I really enjoyed it.

My only negatives, there seemed a lot of confusion regarding the starting pens. I know there where poles with the colours in but unnoticed any one chose to stand where they wanted. My faster friend said there were a lot of slow runners in the faster pens. There was a big rush towards the starting line as the pens moved forward. No Marshalls about to guide people along as I've experienced before "marshalling" the pens.

My other negative was the tiny amount of Gatorade I was given at mile 9. Bottled water was given often. Thank you. 1/3 of a cup of Gatorade at mile was not enough. I've ran RHHM and we were given 2 bottles of lucozade sport whilst running , gels and one at the finishing line. I did take my own gels but I did expect a little more Gatorade so didn't take my own. I ended up drinking a bit to much water as it was hot and made my self feel a bit to sick from a lack of salts. And ended up in the St. John's room being given you guessed it a bottle of Gatorade after I crossed the finishing line. My lessoned learnt and took the shine off !

Apart from that a fantastic route, fantastic support , top bling and t shirt  nice bag with treats in after great bag drop off etc all makes it worth while.  I will be back  can't wait to run it again !