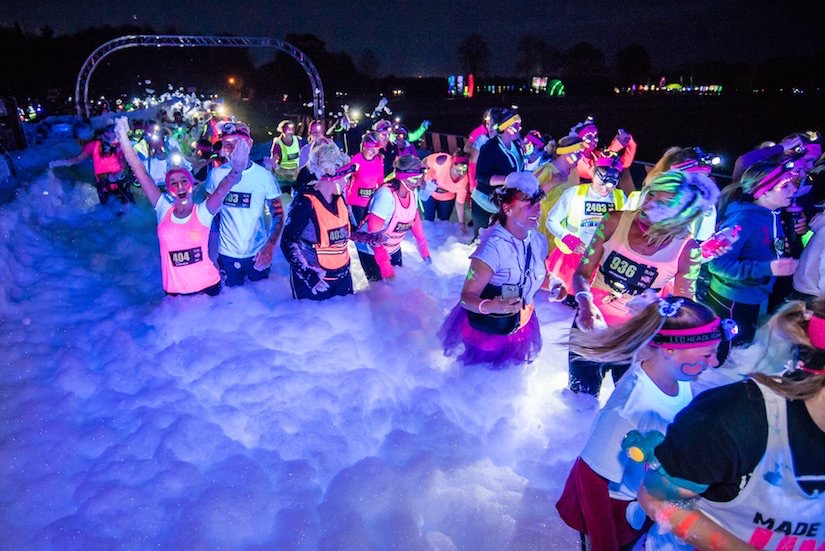 I booked through the Racecheck website almost two months before the event and received my receipt straight away, but received no information at all about the event from the organisers until I chased them for it 2 days before it happened!

Having missed the sign to find the parking at Penshurst Place (they only seemed to think people would be approaching from one directly, parking itself was very expensive (£10!) to park in a dark field.

Standard entrants were provided with a t-shirt, pack of powdered paint and a glow stick which I was happy with, but the rubber medal at the end was a bit of a let down.

The course itself had some really fun areas and the start was very enthusiastic, but there were large gaps in between where there was just darkness, and the ground was dangerous in places, steep and very muddy - perhaps the event would be better held during warmer months, as entrants were absolutely freezing and left straight afterwards, making the after-party a non-event.

The staff at the event were very friendly and lively, and tried to help, but some didn't seem to know which entrants should be given which packs and couldn't find the correct sized t-shirts when asked.

I'm glad I gave this type of event a go, but wouldn't rush back to do this one.