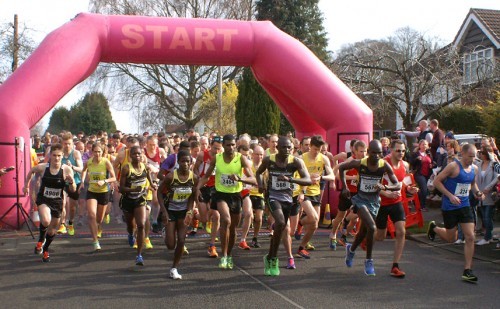 I had originally planned on running the half marathon but due to injury I ended up booking the (new for this year) 10k instead. Race day was well organised with lots going on at the rugby club beforehand. The 10k and half marathon runners all started together and although I wasn’t sure how this would work in practice, it it actually made for a fairly smooth start. The course split at three and a half miles and I had worried that I might accidentally end up running thirteen miles instead of six, but happily the signage was very good and I made it safely onto the rest of the 10k route. The route itself is lovely Cheshire countryside, a bit undulating in places with an out and back section. Water was offered halfway and there were plenty of marshals to cheer us on. The medal and goody bag at the end were nice. I’ll almost certainly be running this or the half marathon next year, it’s a great event, well run and very local to me which is always a bonus!