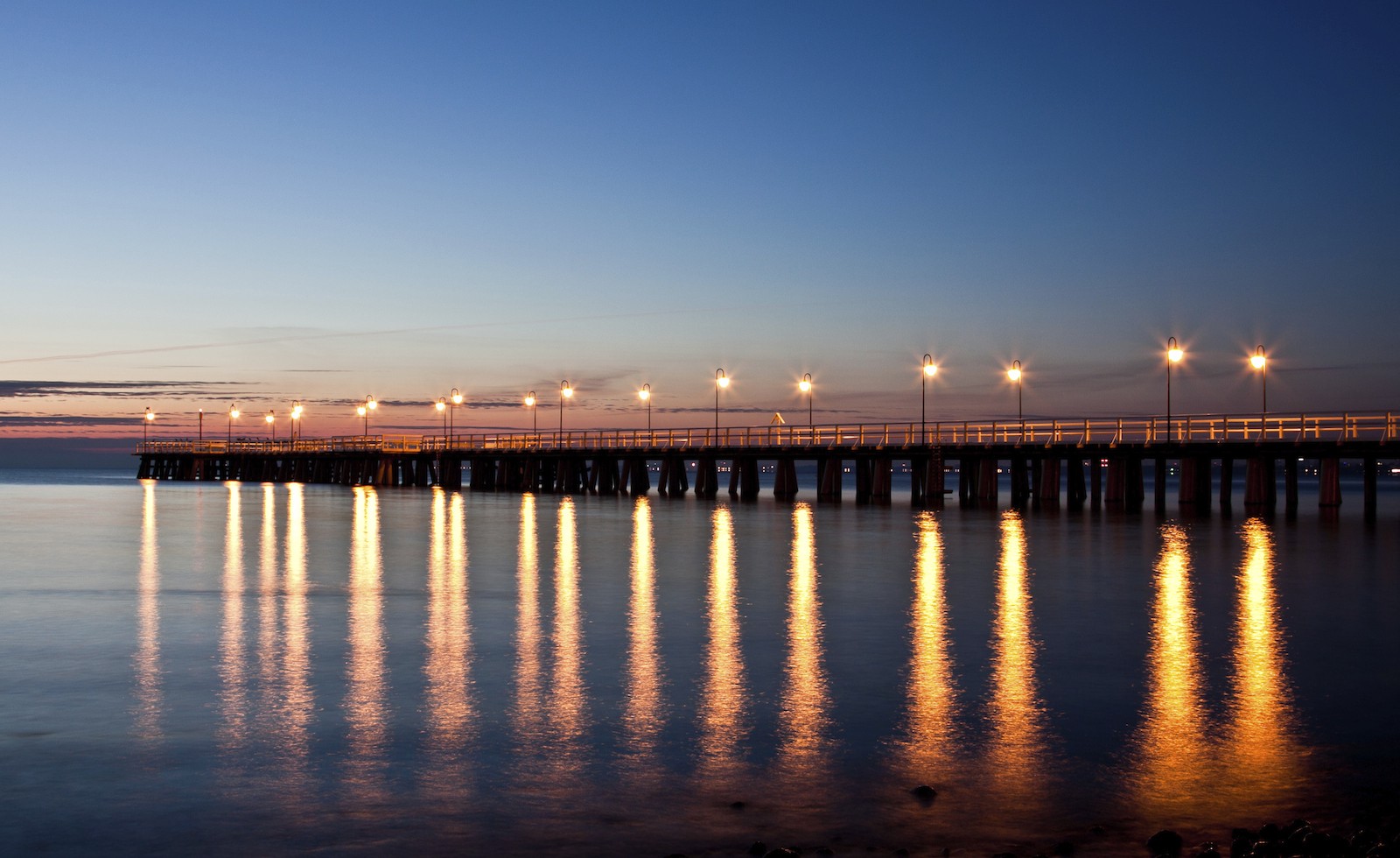 Apparently this is/was Poland's largest triathlon and with 2,000 competitors, it sold out very quickly. This year was the first year as an ironman branded event, so in terms of organisation, it was clear they knew what they were doing before Ironman acquired the race.

Relatively easy to get to - fly into Gdansk and Gdynia is only a 25 min taxi ride away. It's what one of our party described as "the Bournemouth of Poland" - a pretty seaside town with an impressive beach. It's an attractive town and at that time of year, the weather was amazing. Wall to wall sunshine and temperatures up to 33 degrees.

The only thing I'd say is that the expo and registration were a little out of town, in the 'arena'. Fairly easy to cycle to (once you navigated some quite major highways) but a bit annoying to get a cab to when you have to go back and forth.

Having said that, it was impressive. The expo was quite significant in terms of stands and kit, and the registration process was very slick. The 'goody bag' that you get when registering was awesome! One of the best I've seen.

This race incorporates a sprint on the saturday which means in terms of racking for the 70.3, you can't have access to transition until after 5pm. I racked then legged it over to the Arena by taxi to attend the briefing, which I ended up completely missing at it was just a woman standing in a corner of the expo talking for a total of 15 minutes. Completely non-official. Again, logistics of getting from transition to expo were a bit annoying as they are opposite ends of the town. It was good to get racking out the way though, as some friends racked after the briefing and said it took hours because of the long queues.

A nice leisurely start time of 8.20am meant a stroll to transition on race morning. Transition, for what it's worth, is about a million miles long. It takes about 10 minutes to walk from one end to the other!!

The race start was a dry land start on the beach. The swim takes place in the bay, which is only slightly saline water, and heads up to a galleon-type ship (apparently a showpiece purely for the swim). As we were standing on the beach they announced a 'surprise' flyover with a small plane, quite impressive stuff.

The swim was uneventful although my Garmin recorded it as long at 2.1km. The swim exit to T1 was quite a long way then you have to run through transition itself - don't expect any transition PBs here!!

The first part of the bike course (after a short cobbled section!) is quite technical as you head out of town with quite a few 90 degree turns. Once out of town it gets longer and straighter - and flatter. This is seriously fast. I was hitting over 40kph on some of these sections. It's an incredibly fast course. Not massively scenic as it's fairly featureless but the road quality is pretty good.

The bike course is two loops of 45k (actually slightly over as my Garmin recorded 91km at the end of the bike split). The section where you head back into the town was impressive - the crowd support was great! Off the bike and into T2 and out onto the run course.

The run course isn't flat. It's not far off but there is a bit of a hill which is only a couple of per cent incline, but it lasts for over 1km so you can definitely feel it, especially by the 3rd lap! There was also a headwind out onto the seafront section which made holding splits a little more challenging.

Personally I could have done with another water station somewhere nearer the beginning of each lap. It was a hot day and I needed water at ever station. Other than that the aid stations seemed fine. I only had water though so can't comment on anything else.

The finish area was BRILLIANT. They had constructed grandstand seating on each side - and I mean a lot of it - not like some of these races where there's only a few seats each side. It was really impressive! The finish was great. And because there weren't that many who had come through yet, I went to get a massage in the massage tent. They had loads of therapists available.

The food at the finish area was disappointing - just watermelon, oranges and bananas. I wanted something a bit more substantial!

The finisher's medal was two-tone gold and silver, really impressive medal, and the technical tee was really nice too.

I went to the awards ceremony as I came 2nd in my AG. Other than the fact everything was anounced in Polish, it was a fantastic ceremony as the podium was up high on scaffolding above the finishing chute - like a Formula 1 podium, again, really impressive!

I got the usual M Dot glass trophy - but this race went further than the usual standards and actually gave prizes out as well. Second places got footpumps which were really good. First places got Giro helmets. I think third places got a good bag but not sure what was in it.

All in all, this was a really well organised event. Slick from start to finish and very well set up. The whole town seemed to get involved in the event as there were Ironman Gdynia flags everywhere, a lot of the restaurants were getting involved displaying adverts and 'ironman food' offers.

The location is faultless because it's a short flight, relatively cheap once you're out there and you can spend a few days chilling on the beach after the race. It's also pretty much a PB course as the bike is so fast and flat. I would definitely do this race again, without a shadow of doubt. I loved it!