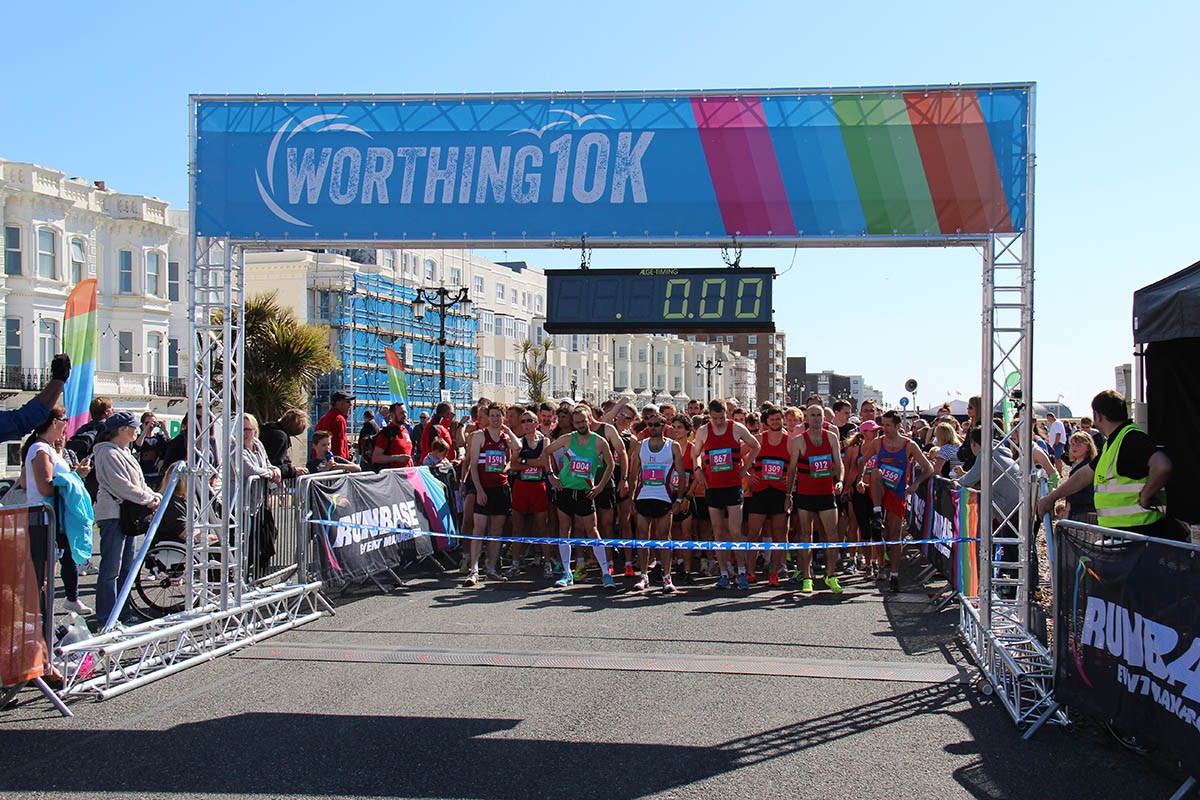 This is a well-organised 10k down on the Sussex coast; easy to get to, plenty of cheap parking, and a beach to relax on afterwards (or a decent high street if you're that way inclined!)

The route starts and ends on the promenade; it feels like there's not much organisation at the start, with just a small desk for the usual registration queries and some coffee vans. You can pretty much just turn up, line up and run!

The route itself is extremely flat; my Garmin measured 11m of elevation over the course. It takes you along some residential streets running more or less adjacent to the promenade, through a country park at the mid point, and then back on yourself for the return stretch along the same route. To be honest the route isn't one I'd say is particularly memorable or unique; obviously what sets this apart from your average 10k is the sight and sounds of the sea! Worthing is a pretty enough costal resort though, and the crowd support is decent throughout.

2017 was my second consecutive year of running this race, and this year there were record numbers of runners. Maybe it's pshychological but the race certainly felt a bit more congested this year, especially at the start of the race where there are some narrow points to navigate, although it soon thins out.

One final comment is the heat! Both race days in 2016 and 2017 have been particularly warm; in 2016 they had hoses to spray runners, none this year, but the second half of the race on both years has felt harder because of a lack of a breeze! It must be the way the land lies, I have no idea why, but once you start running back the way you came that nice breeze you had for the first half of the race just disappaears and the heat just hits you! The race starts early enough at 9.30am, though perhaps organisers could look to get it started a little earlier in future to try and avoid the excesses of the sun?!

Overall though, one I'd recommend; the medal is a pretty impressive too at the end (no goody bags or other extras though).