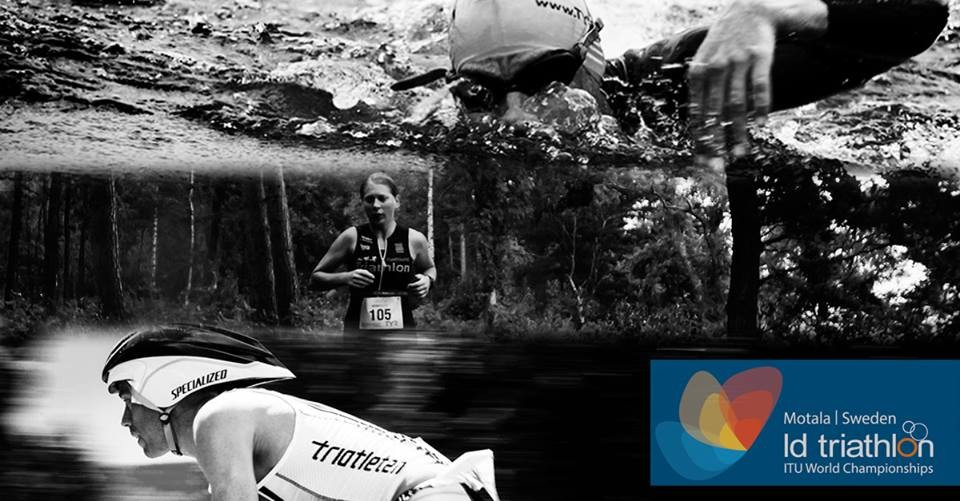 The Vattern Triathlon was selected to represent the ITU Long Distance World Championships in 2015. The race venue is in small town called Motala, in the Swedish countryside somewhere in between Stockholm and Gothenberg. I flew to Copenhaged then to the local airport, Linkoping, which was only about 45 mins from the race venue.

Motala sits alongside the gargantuan Lake Vattern, a vast, vast crystal clear lake and one fo the largest in Sweden (it also has a 5km beach - perfect for post race day recovery!).

The water was very cold and was failing to warm up sufficiently in the run-up to the race and after some deliberation on behalf of ITU and the organisers, they shortened the 4k swim to just 1.5k on medical grounds.It was a shame but at 13 degrees was probably the right decision.

Registration process was very well organised with a nice expo area and plenty of reps from the organisation team to answer questions etc. Transition check in equally as organised, the staff/volunteers were top notch!

Transition was one of the best I have experienced, with an absolute dearth of pumps available on race morning. Very few queues etc and nicely laid out with plenty of space and portaloos, the bag hook areas were also nicely spaced out rather than packed in like some races, and the transition area also had change tents on either side and at either end. Again, a nice touch.

The swim was quite brutal and aggressive, competitors realising it was short were giving it their all! It was cold and choppy but manageable. Well marked with buoys and a very well constructed entrance and exit to the lake.

The bike course was on closed roads through flat/ mildly undulating Swedish countryside. Quite strong winds but the climate was perfect and the course was very fast. It was 3x 40k loops so it did mean for a bit of a mental slog, and the incline out of town felt hard the third time around! Pretty scenery and the road surface was perfect. Fast is the operative word! Only one aid station on the bike meant nutrition/hydration planning was key. Have to mention that Bianchi bottles given out on the course were lovely!!

The run was even better. Mostly flat with a few undulations, it ran out from the town along the perimeter of the lake which was stunning. Crowd support here was great too. It looped up around the lake and into a woodland area on very well made trails. Each lap was 10km and consisted of three laps, which again, felt a bit mentally tiring but was manageable. Plenty of aid stations and very, very well marshalled! The finish area was great with grandstand seating and a nice carpeted chute. Athletes tent had plenty of food and drink.

The kit and bike checkout process was the smoothest I've ever experienced, organisation was slick and very efficient.

All in all, a very impressive race in a stunning location and very well organised event. I would definitely recommend to anyone, however I don't know how different it would be not being the host to the ITU World Championships.