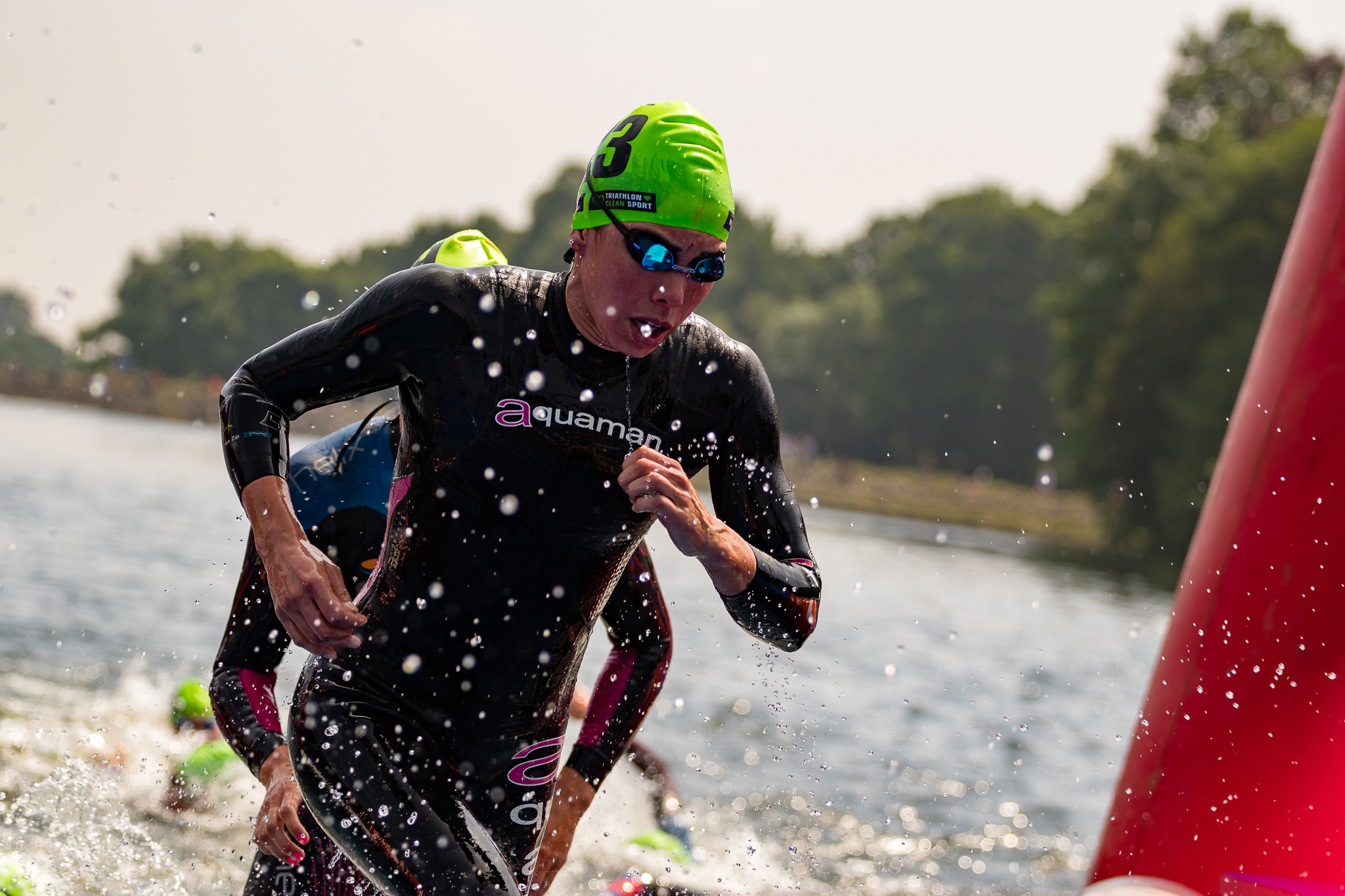 I loved this race, definitely one to remember. It was a really nice casual start in the morning, the race organisers were really friendly and accommodating. Grafham water was pretty cold but the water quality was great, it seemed very clean.

The bike course is undulating which means it can feel accumulatively fatiguing on the legs, but is relatively fast and I posted a 90k bike split PB here. The fact that it is two laps can be a bit mentally tiring, especially as it's mostly along one really long straight road.

The run is partially off road and is definitely undulating! I also posted a fast run here (for me) though so maybe the downhills bring you back some time!?

It's a relatively low key event but as it hosted the Middle Distance champs in 2014 (and will be in 2015 also) British Triathlon were there with their podium and age group medals. However, the race organisers don't offer prizes for age groups (or at least not for women) - it is just top 3 overall.

All in all a great day out, I would do this race again.