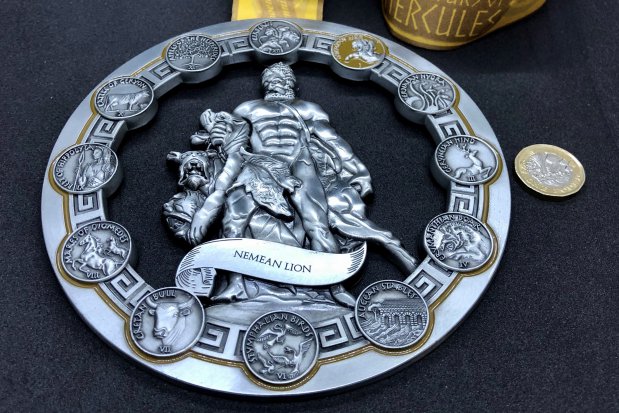 This was my first race post-lockdown and I never had any doubt that Phoenix Running would make the process as safe and smooth as they possibly could.

The pre-race briefing was was very lengthy, as there were a lot of changes to the ‘old normal’ to communicate to everyone, but it was easy to follow and made perfect sense on the day.
Runners were given start times in groups of 6, 10  minutes between groups, with those waiting to start asked to wait away from the start area (I was sat in my car) until 10 minutes before their allotted time. Upon arrival at the start area, our temperatures were taken using a thermal imaging camera, and there was foot-pump hand sanitisers provided for use, both at the start and when returning to the area between the 3.28-mile laps. (Toilets were available in a nearby building.)
There were no race bib/numbers to collect or pin on to retain distancing, so we were asked to write our race numbers on our forearms with a marker pen prior to arrival.
The route was an ‘out and back’, predominantly along the shady bank of the Basingstoke Canal towpath, with it being mandatory for runners to use a face covering when the path occasionally narrowed from 2m or when passing another runner or member of the public using the path. I was very grateful for the shade today, given the current heatwave!!!
Due to the restrictions Phoenix are bound by and to reduce touch-points, the only thing provided at the aid station after each lap was bottled water. This is just the way it is at the moment, and the organisation collected all bottles after use for recycling.
As per Phoenix’s usual events, the medal is spectacular and a whopper!! Rather than being placed around my neck, it was given to me from a quarantined box by a sanitised hand, but that was absolutely fine 🙂
All in all this was a very well organised event and it was obvious that people were extremely happy to be there and racing again. Well done Rik and Phoenix Running!
Photos