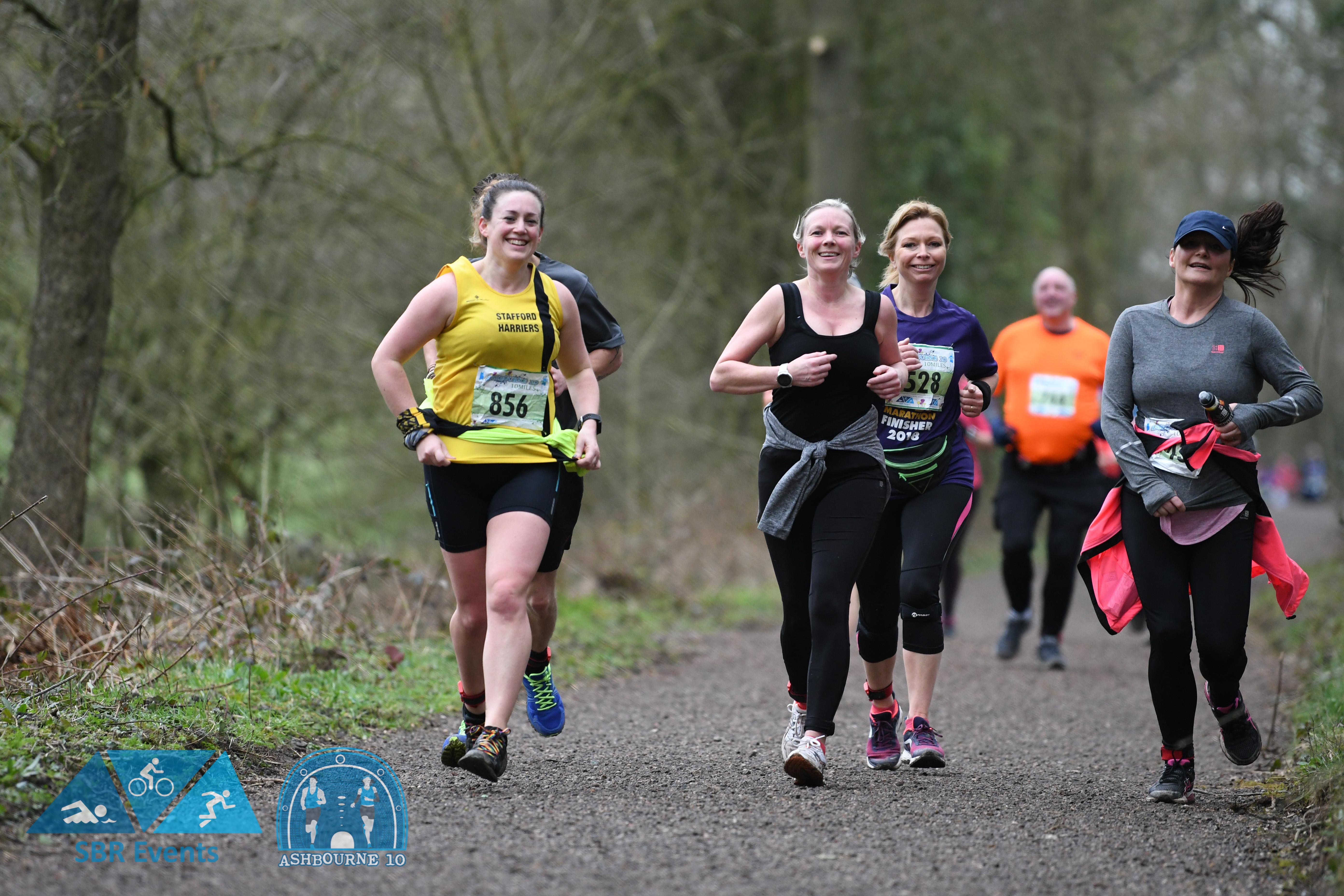 The idea of running through an old railway tunnel at the start of this race was thrilling! The reality was a different kettle of fish though due to the amount of rain Ashbourne had received in the days before. Even after pumping 1000s of gallons of water away it still came back. This left a lake at the entrance of the tunnel. The organisers and council had tried really hard to sort it but mother nature wasn't having any of it. So it was run through it or don't run at all. Sensibly a block of runners at a time were allowed to set off to avoid the congestion that would have occurred trying to cross the lake. Once through this it was down the tunnel and out on to the Tissington Trail. I'd been told it was a flat course, but the removal of a viaduct meant there was a steep decent and then ascent not long after the tunnel. From there on in it seemed flat but it actually isn't. There is a long slow gradual climb that you really don't seem to notice. however on the return journey you most certainly do notice it as you speed up coming back. good marshalling, good water station with cups and runners seemed to be good by using the bins provided too. The medal at the end was really nice, and there was a banana\crips as well. Water was provided from barrels which was a great idea saving on the plastic waste. I'd definately do this again as it was a really nice run out and back and the organisers should be congratulated for still putting this on even with the lake!