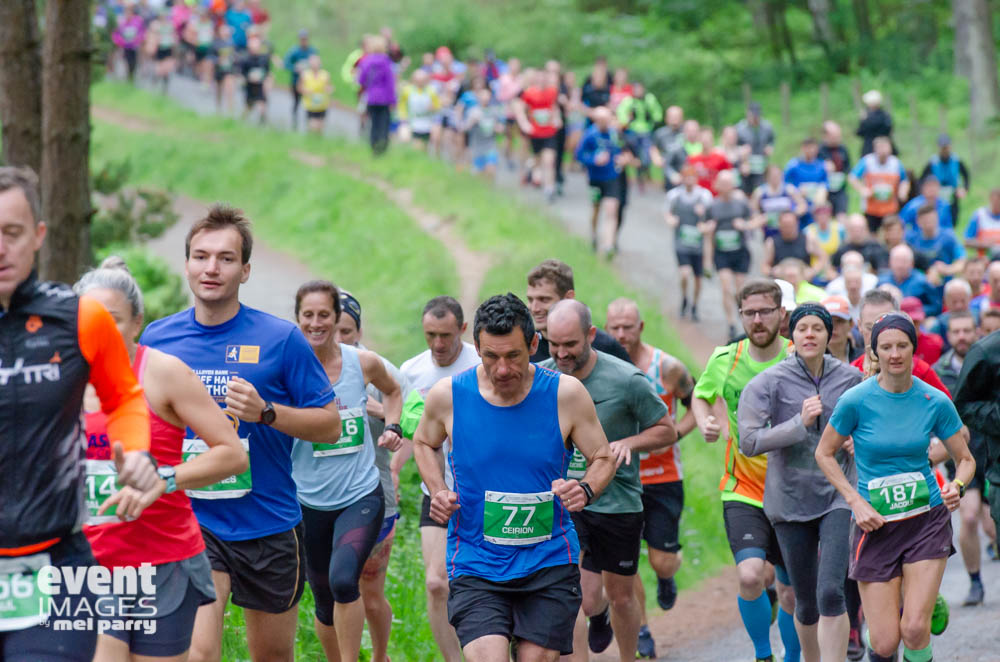 First road half marathon. done a couple of triathlons and trail races but originally picked for its location (always like to go and race in pretty places) and was marketted as flat and fast with pb potential.

with Storm Jorge's arrival it was questionable whether the event would take place. Great efforts by the organisers with a number of last minute route changes - first due to unable to use the bridge as the start, then overnight a fallen tree on the course amongst others meant that we were running the emergency route. Numerous communications went out via email and social media and much discussion was centrered upon the new hills that had been introduced, and what storm jorge would throw at us on route.

back to logistics. two main event car parks were promoted. the leisure centre is the closest but still a walk away. the football club is across the bridge so if you use this one then allow plenty of time to get to the start.

plenty of toilets at race HQ and queues moved quickly. I had received my number in the post so I didnt need to be there for anything else but there was an excited buzz about the place.

the route is lovely and with the sun shining we were blessed with beautiful views of the menai straights and coming back in seeing views of snowdonia.

support on route was plentiful and I was running alone but got plenty of encouragement from everyone roadside. lots of clapping and cheering.

so pleased that the race took place and huge congrats to the organisers for making it happen.