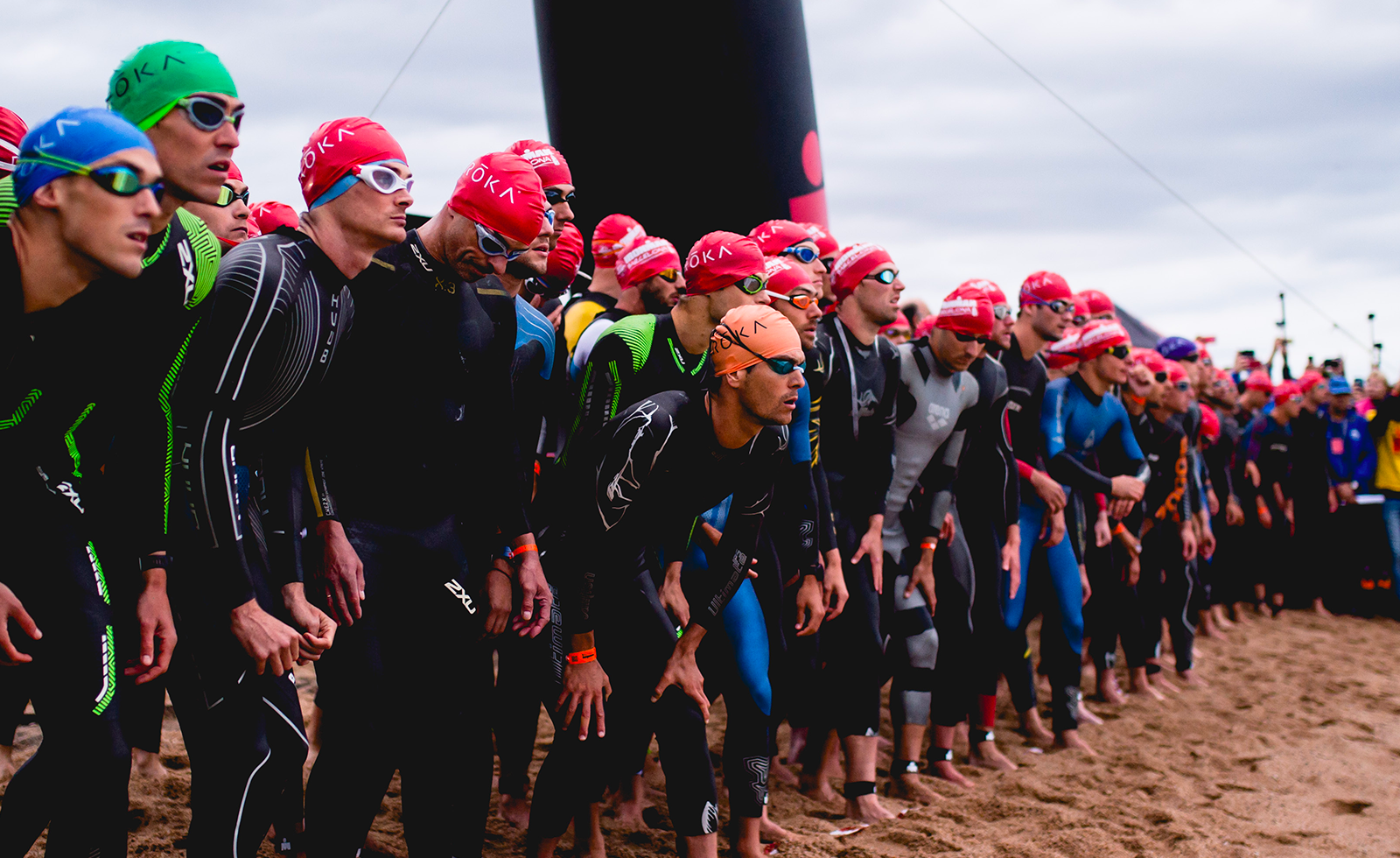 Booking this event was relatively simple - funnily enough Ironman have an effective system for taking money off you! They also have a variety of payment options which I thought was quite good in terms of making the event more accessible. There was a fair bit of info available online to assist in making the choice to take part and choices regarding pre event logistics etc - the previous years event guide is the best thing to look at.

I booked accommodation and flights almost instantly after booking my place, the flights were dirt cheap (£45ish return) and the hotel was reasonably priced. It’s worth noting that the event is in Calella which is a little way outside of actual Barcelona city, it has a small town vibe but had a great atmosphere for the event - everywhere seemed into it and you couldn’t move for expensive tri bikes and IM gear.

I stayed at Hotel Kaktus Playa and could not recommend them highly enough; they were hugely accommodating during the event and went the extra mile to look after athletes - special dinner provisions, early breakfast, transport to start, event timings/maps everywhere and just generally super supportive. I also booked Race Force to transport my bike, they were amazing. It’s not cheap but it meant that I did not have to think about my bike at all really, they pick up/drop off at a location you specify and you get the bike back in Calella from their hub which was the Monta Rosa hotel - right near the expo/registration. They are mechanics and also run some familiarisation events (cycle/swim) as part of the service. A service worth it’s weight in gold if you want to just focus on getting the event done. It’s also not that much more expensive than the faff of getting a bike on a plane and transporting it to the start etc

Comms prior to the event were good; because you book so far in advance they were quite limited to begin with but amped up as the event got closer and had all the requisite info.

Registration was straightforward and the briefing had a few extra little bits not in the literature that were worth hearing - tips on the course etc  It was nice to be with everyone else and just had a friendly chat to calm the nerves. The IM bag you get a registration was ok (I expect it won’t last that long) and the registration pack had all the usual stuff - bike & helmet stickers etc No tattoos though - booooo. I also didn’t get my “first timer” band - so if you want one, double check it is in the pack they give you at registration.

The shop was well stocked and despite being VERY superstitious I am glad I bought some stuff as it was literally empty after the event - that is one good tip they give you at registration, just buy stuff - you can always sell it on if you are worried about not finishing but you don’t want to finish and end up with some crappy oversized t shirt because that is all that is left.

It’s worth noting that transition (there is only one) is about 1.5k from the finish line/expo/registration which I don’t think was very clear in the literature; it wasn’t a huge issue...just keep it in mind when you are thinking about where to stay and the logistics of before/after the event.

It’s an early-ish start(around 7.30am) but a great atmosphere, everyone I met was pretty cool - I was really happy to out myself as a “first timer” whenever chatting to anyone as it meant I picked up some useful tips (Vaseline helps with jellyfish avoidance!) and everyone was nice (I am sure they would have been nice anyway!) which I really needed to settle the nerves.

There are not nearly enough loos - get in the queue early!

The swim start is great fun, loads of music, shout outs and a lot of people getting a bit teary (not me, I just had something in my eye ok!). The swim is my favourite part and this one was belting. The sea was reasonably calm and jellyfish were sparse. I don’t mind a bit of a tussle in the swim but this was full on for about a mile despite the rolling start, I loved it! If you don’t like being in with the  pack I suggest going out wide or starting to the back. The swim felt quite long because it’s a straight shot out then back but it was reasonably pleasant.

The course is a flat 2 laps up and down the coast with a short inland (and uphill) sojourn. I’m not a great cyclist so I had very little margin for error and with the first cut off being swim + t1 + bike lap 1 in 5.20 I knew I had to hussle whilst not letting my HR explode. I had a plan to really push on the first lap to make sure I made that cut off and then relax a little on the second on. It worked, I came through the first lap with plenty of time but also knowing I couldn’t sustain the same pace for another 56 miles, the moral being that this course is do-able as a slightly slower rider with some pre planning. There were plenty of aid stations that were well thought out and easy to access, stuffed full of Enervit, water, bananas and some other stuff I think (I had all my food on me).

The course started to thin out on my second lap. Also...what a draft fest! I don’t think I’ve seen so many peletons in a none draft race! 🤔 I’m too slow to join in so no chance of me getting carded which a fair few people did - something to watch out for if you are a quicker rider I guess.

In my head I had figured that if I survived the bike I would just kind of make it through the run, I’m not sure it had really registered with me that it was a marathon and not just a park run. Also, there were still not enough toilets so use em when you can, oh - and be prepared that they are seriously gross.  Also be prepared for the fact that a few part of the course are PITCH BLACK, if you plan on finishing late then take a head torch...although it’s technically not allowed most people were being handed these by supporters. It’s a 3 lap route and the majority had supporters who were getting increasingly drunk as time went by - loved it and loved them! So much fun and really helped keep me going. Aid stations were good and plentiful - sweet and salty snack, water, electrolyte, coke and red bull.

I had a few moments where I thought I had no business thinking I could do an Ironman and that I’d just walk the whole way and sod finishing in time but was saved from myself (twice!) by strangers, the first was an amazing Finish guy with a blue Mohawk who was so kind and kept telling me how we were all in it together and the second was an amazing matriarchal Spanish lady who shuffled up next to me and simply said “baby, do like this and run with me”...so I did, all the way to the finish line and with an hour to spare. The camaraderie was top notch - another great reason to pick this event for a first Ironman.

What a moment the finish line is! I finished with an hour to spare and the finish line was still pumping with tonnes of people cheering. I don’t remember much after that, I got a medal (nice!) a t-shirt (decent) but there wasn’t much food (not so good) but enough to keep me alive until I got back to the hotel. You then have to do the walk back to T1 (yes that 1.5k!) to collect bikes or you can collect them in the morning - if you use RaceForce then you need to get them that night, the extra walk  probably did me good to be honest and stretched my legs out a bit!

I highly recommend this event, especially for a first timer - the cut off is shorter than other races (15h40) but the course is a forgiving one which can be conquered with a lot of training, a bit of introspection and careful planning. DO IT!