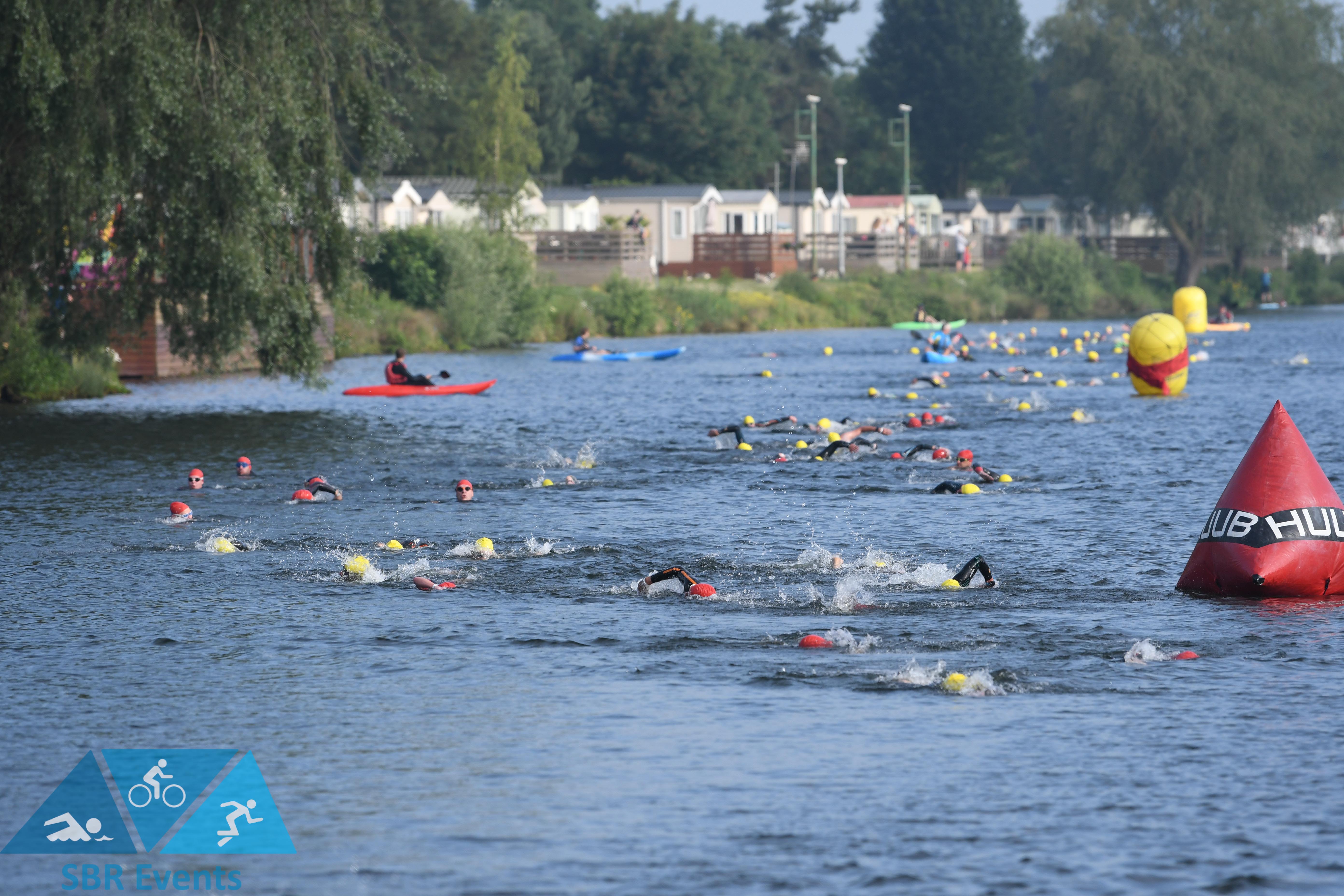 First time doing this event but it had been selected as a Cambrbridge tri club event so thought i would give it a bash.

Communcation excellent before the event. My only grumble was that on the morning there appeared to be quite a narrow window to register and then set up transition so it was little manic queuing for race numbers and chips. In reality there was a bit more time as officials were relaxed over the announced closure of transition. Race briefing was good and officials helping in pointing the way to addiitonal toilets to beat the queues.

However following race briefing there was a very narrow window to get the in the water before the race started - i was by no means one of the last but didnt get a chance to really warm up or check goggles, which werent properly sealed so some leakage which was a pain. Water was lovely although a little weedy in places at the top turn for olypmic

Loved the bike course - was nervous at jumping in to olympic at start of the season but this was great - largely flat and sheltered with little traffic and some nice ups and downs - excellent marshalls too. Final long straight into a headwind was the exception for an extra 6k on top of the 40 although i caught a few people here with the aerobars.

Run was nice around the park with a simple out and back (x2 for olympic) which gave for some good camaraderie.

Great medal and also free jacket potatoes at the end.

Would definitely come back and do again