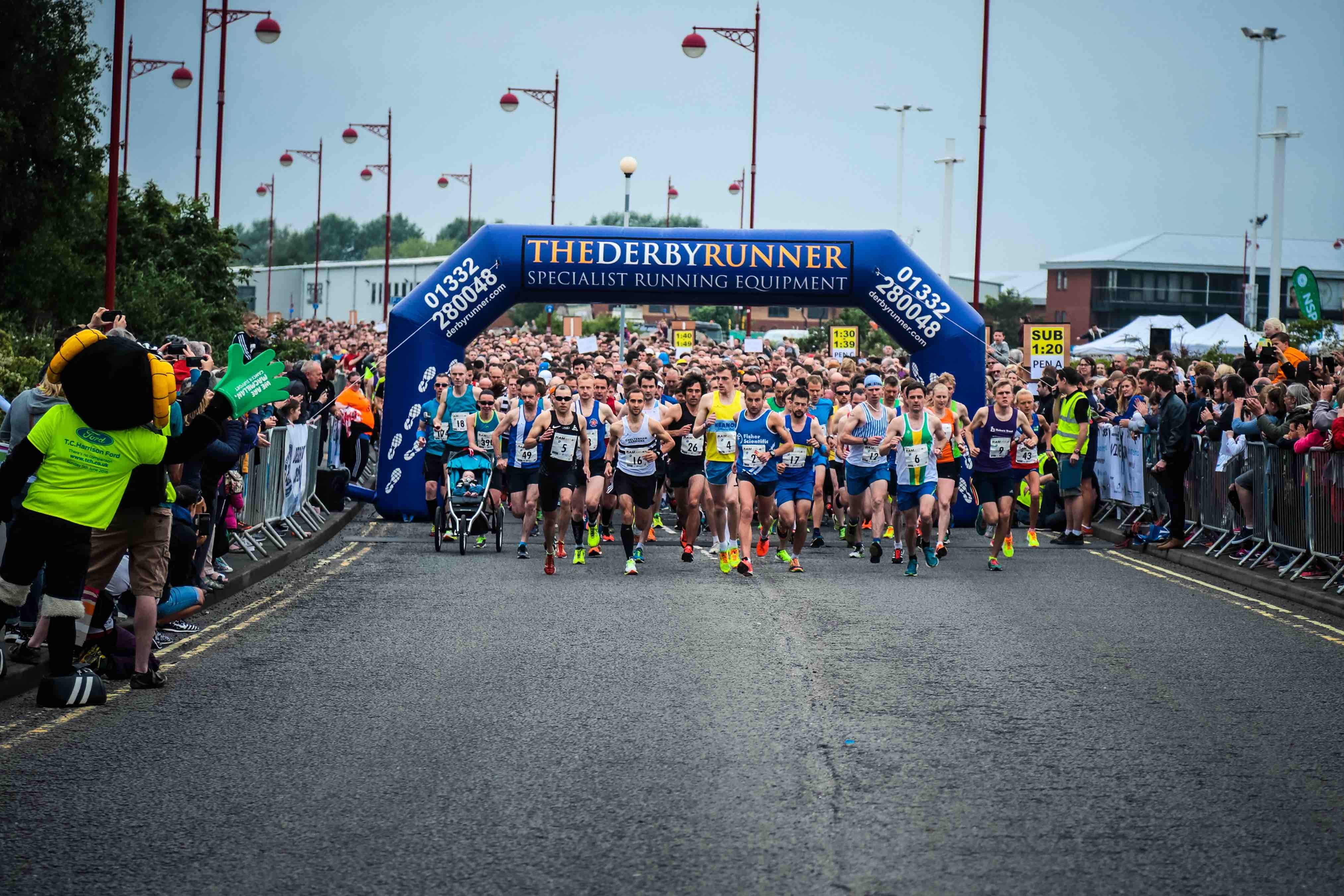 Yet another very hot racing day in 2018. Could be a fast course in different conditions. Quite a lot of runners were struggling with the temperatures on this day - there was plenty of water, but there seemed a lot of areas on route with no cover - can't really be helped. Medical staff were needed for a few people and did a grand job as far as I could tell. Starting and finishing at Pride Park was a nice touch - the course went through the city for the first half, and the second half was more along the river, which was really nice. Free medal engraving was an added bonus and well worth queuing for.