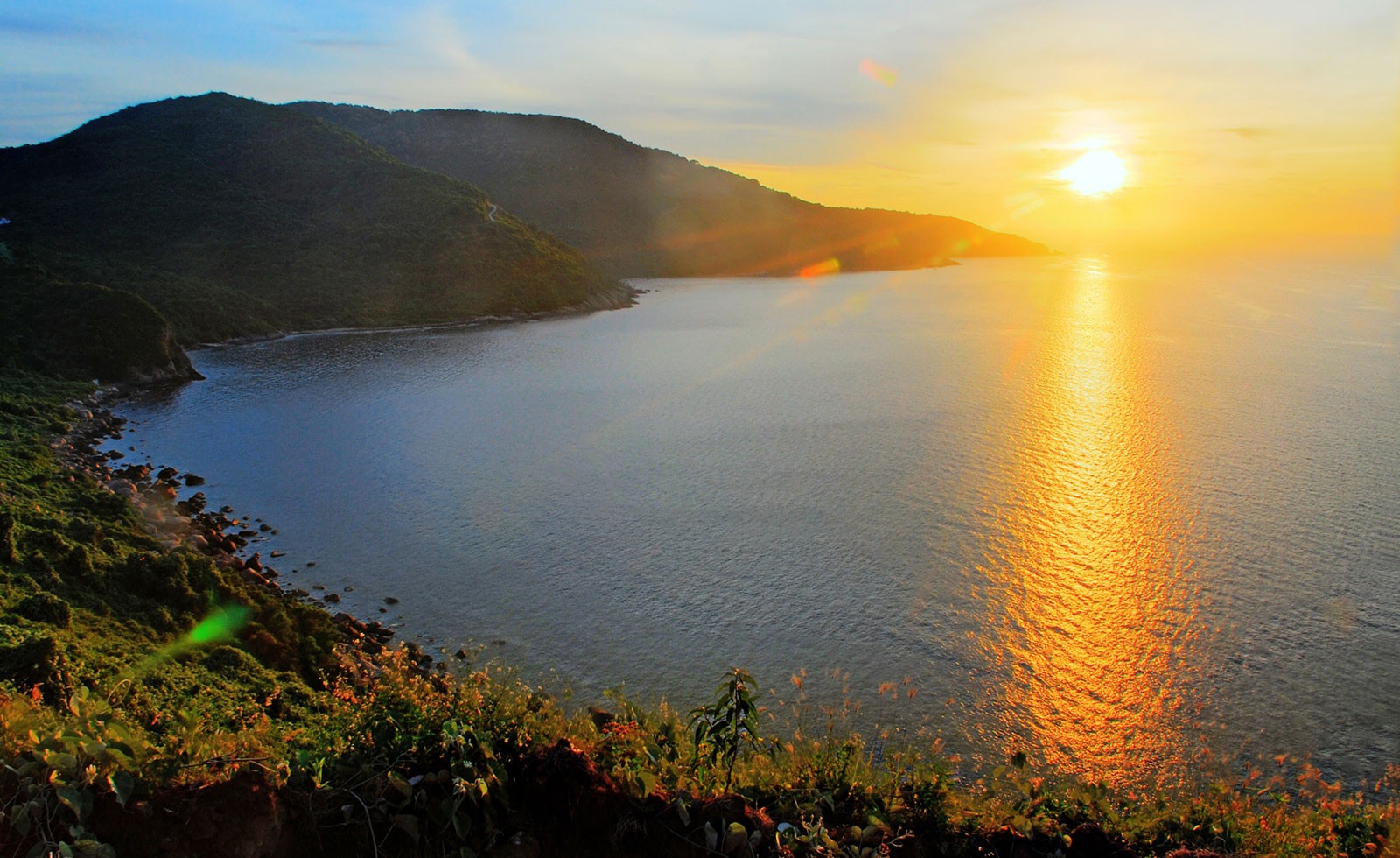 This was always going to be an interesting/challenging race, being in Vietnam - unless you can cope well in heat, it might not be the one for you! However, you can train your body to cope with it. I carried out heat acclimatisation training sessions and spent a week in Thailand prior to the race, all to enable me to sufficiently cope with the heat.

I flew to Danang via Singapore, which was relatively straight forward. Definitely stay in either the official race hotel or one of the very adjacent ones, otherwise it's a very long alk - Danang is absolutely huge and spread out!

The race is held in the Grand Hyatt right on the beautiful white sandy beach of Danang. The registration was really slick - one of the best I have seen. I whisked away by a member of the organising team who ran me through everything. The expo was pretty tiny - definitely take your own salt sticks as they have limited products available there!

The race team organised a couple of official rides to enable participants to see the course (traffic is quite busy in Danang) which was also a nice touch.

The welcome banquet was on the Friday night (race on Sunday) and was officially the best I have ever been to. It was held outside in the grounds of the hotel, with a huge stage, music and lighting system set up in front of the pool, an exceptional food buffet, and live entertainment in the form of traditional Vietnamese dancing and Vietnam's only singer/artist! It was fantastic, really impressive.

Racking was very straight forward, the volunteers all knew exactly what they were doing. The briefing was excellent as it was largely conducted on a video which gave you a bit of info about Danang and also mapped out the bike course. Much more modern than powerpoint slides as in so many other races!

Race morning was a bright and early start (start time was at 6am so had to be in transition by 5.30am latest). It was warm and pleasant, the sea was 27 degrees and the air temperature in the early 30 degrees.

A quick practice swim confirmed that there were jelly fish stinging people with a vengeance (we later found out these were actually the jellyfish pupae), which was pretty uncomfortable (espcially for a non wetsuit race). The race organisers were aware and had vinegar at the swim exit ready for people who were in discomfort, but in reality, during the race it wasn't too bad.

T1 is massively long but fairly straight forward. The bike stretches out along the coastline before turning inland across a long suspension bridge (the only "hill" on the entire course), where two laps are completed before returning over the bridge and back into T2. The bike course is FAST. Really fast - the road surface is great, the aid stations were pretty good and it's pancake flat, which makes for some speedy bike splits. There was quite a bit of a headwind on the way back in though, but nothing too unmanageable.

The run goes back out along the first part of the bike course along the coast, so it's a pretty mentally monotonous run. What's more, it's a one loop out and back which means there is literally zero spectator support. It was really hot on the run too, 36 degrees, with humidity too. The aid stations were great, offering ice, sponges and plenty of water and other nutrition offerings. It's a totally flat run and has potential to be fast if you can cope with the heat.

The finish line is on the sandy beach and it's really tough to run along! It's only a short stretch though and there's something really nice about finishing on the beach, the beautiful white soft sand and lapping waves.

There were ice baths at the finish which was pretty impressive, the food however was a bit disappointing and there was no official after party to speak of, which was a bit of a shame.

All in all though, I absolutely loved this race - I got a PB despite the oppressive heat, and the course is amazingly fast and flat. It's most definitely a destination race - I would recommend a few days of chilling by the pool/on the beach post-race as it's quite a popular holiday resort! Perfect way to celebrate and recover!