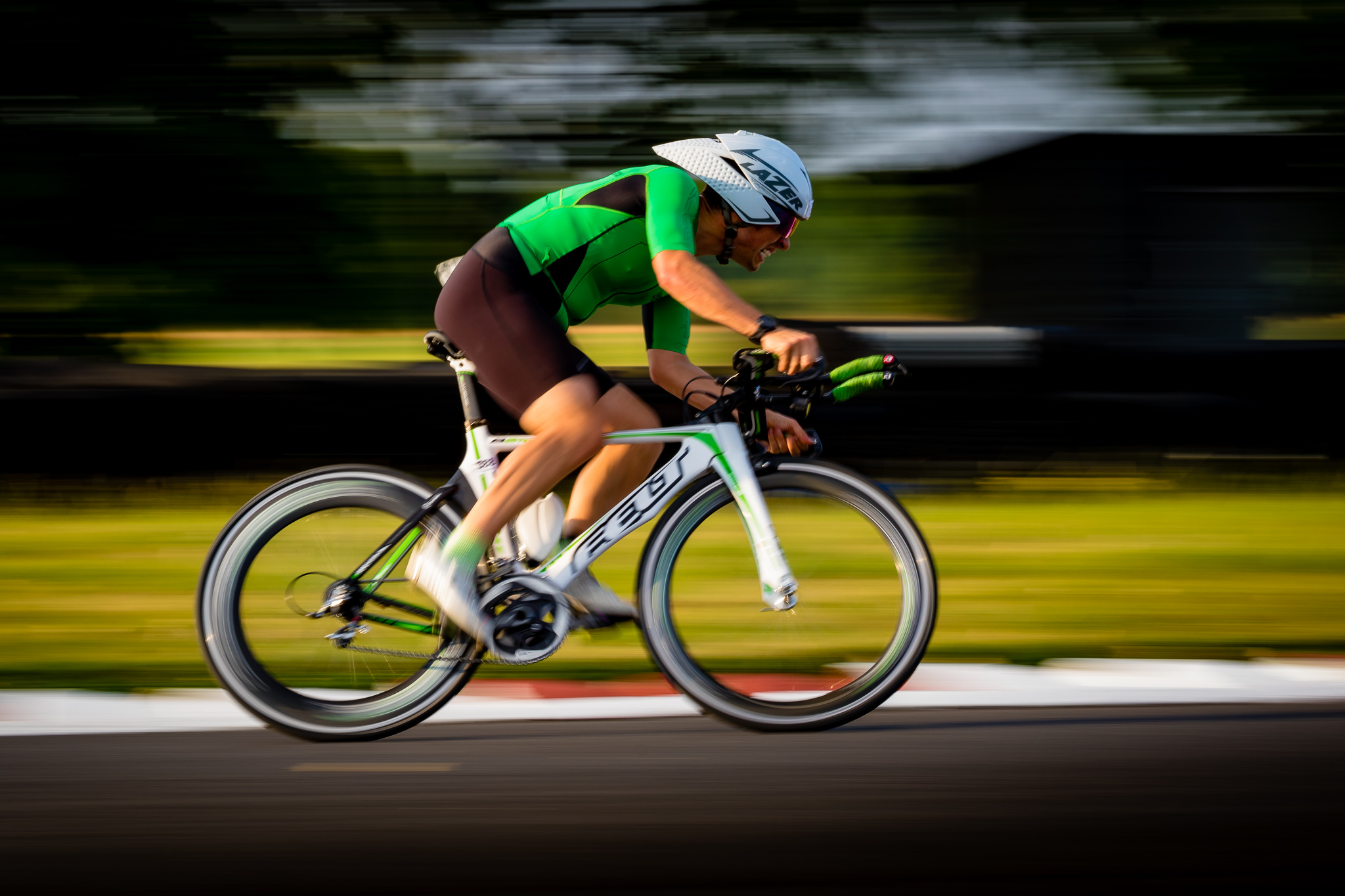 An absolutely amazing weekend and the event was faultless.

Online registration very straightforward with early discount. Lots of informative emails up to the event with clear instruction and very good race guides.

Arrived on the saturday - registration quick and friendly and the system with 3x bags for kit and the changing tent was fantastic - it is the little touches as well as the bags are all outlaw branded and most of the stuff has the distances on them - swim hat, water bottles, even the car parking pass which i now use as a bookmark. The blueseventy branded bag you pick up at registration is a very nice product. Expo great with some real bargains to be had.

Race briefing about an hour and necessarily lengthy, especially given the weather issues - gettting an erdinger a nice touch although i nearly choked on it when told the winds were now gusting to 60mph. However very reassuring and always felt safety was paramount.

On the morning, again wonderfully organised and i was relaxed as i could be (given the weather i had given myself a 30/70 chance of completing and thought the bike cut-off would beat me). Swim was good and out of the water in 1:45 - a running theme but volunteers were excellent and i was swiflty stripped out of my wetsuit.

The changing tent was great allowing a change into full bibshorts and jersey for 112 miles of pain! The loop of the lake is a nice start to the cycle and the southern loop was largely traffic free and sheltered with the wind due later in the day. Feed stations brilliantly looked after and i completed loop 1 in good form and ahead of cut-off.

Journey to the northern loop was fast although a bit more traffic but here the wind and hills really hit hard together with the exposure to the wind and rain. My average pace was dropping fast but again there were well-positoned feed stations. Loop 2 done but the fast link between loops was now replaced by a tortorous slog into a devstating headwind that felt like forever and the average pace dropping rapidly as it was hard to even keep the bike going. This was the lowest point for me - i didnt think i had much left for the southern loop let alone the run but all i could do was keep going and see.

Finally i was back to familiar southern loop and i got back down on aero bars and slogged on - a special mention for the amazing pirates on the first feed station on this loop - i took 5 minutes with plenty of fuel and encouraging words, knowing there was a fast few km in front of me. I attacked this hard and somehow kept it going through the southern loop to bring things back round - it was like i was possessed and looking back I am not sure how i did it. Finishing the loop the final 10km or so seemed to go on forever but finally i was bouncing along the entrance to Holme Pierrepoint and into transition with about 10mins to spare - an incredble feeling as the crowds cheered and my name was announed by the commentator - so just a marathon to go then.............!

Again i took my time to change properly and get out on the run, feeling cautiously positive. The plan was to try and run as close to the half marathon as possible to guarantee i would be within the cut-off when i inevtably began to tire. I managed solid running to nearly 10 miles and then i knew i just had to run/walk/crawl the rest.

Volunteers and feed stations on the run were incredible, together with the support around the lake. Feed stations also had brilliant amount and variery of fuel so there was no need to carry anything The route is 1 lake lap, 1 out and back along the trent finishing with another lake loop, then the trent/lake loop again and then a final lap of the lake. Also amazing camaderie amongst the wannabe outlaws as we struggled to the finish.

The final lap was something i will never forget - the commentators were amazing, knowing who was out on the course and how far to go and at the start of the final lap my name was announced and the little fact i had provided when i first registered nearly a year ago that i only learnt to swim 4 yrs ago. It spurred me on and it was very emotional knowing i was going to complete something that i really didnt think i was capable of achieving.

Finally approaching the finish you can hear the music and cheers and i painfully upped the pace for that incredible finish and the immortal words...... 'you... are... an.... outlaw!'

Wonderfully well looked after at the finish and it was great to cheer the final few home with amazing fireworks. Loved the medal and high quality zone 3 t-shirt.