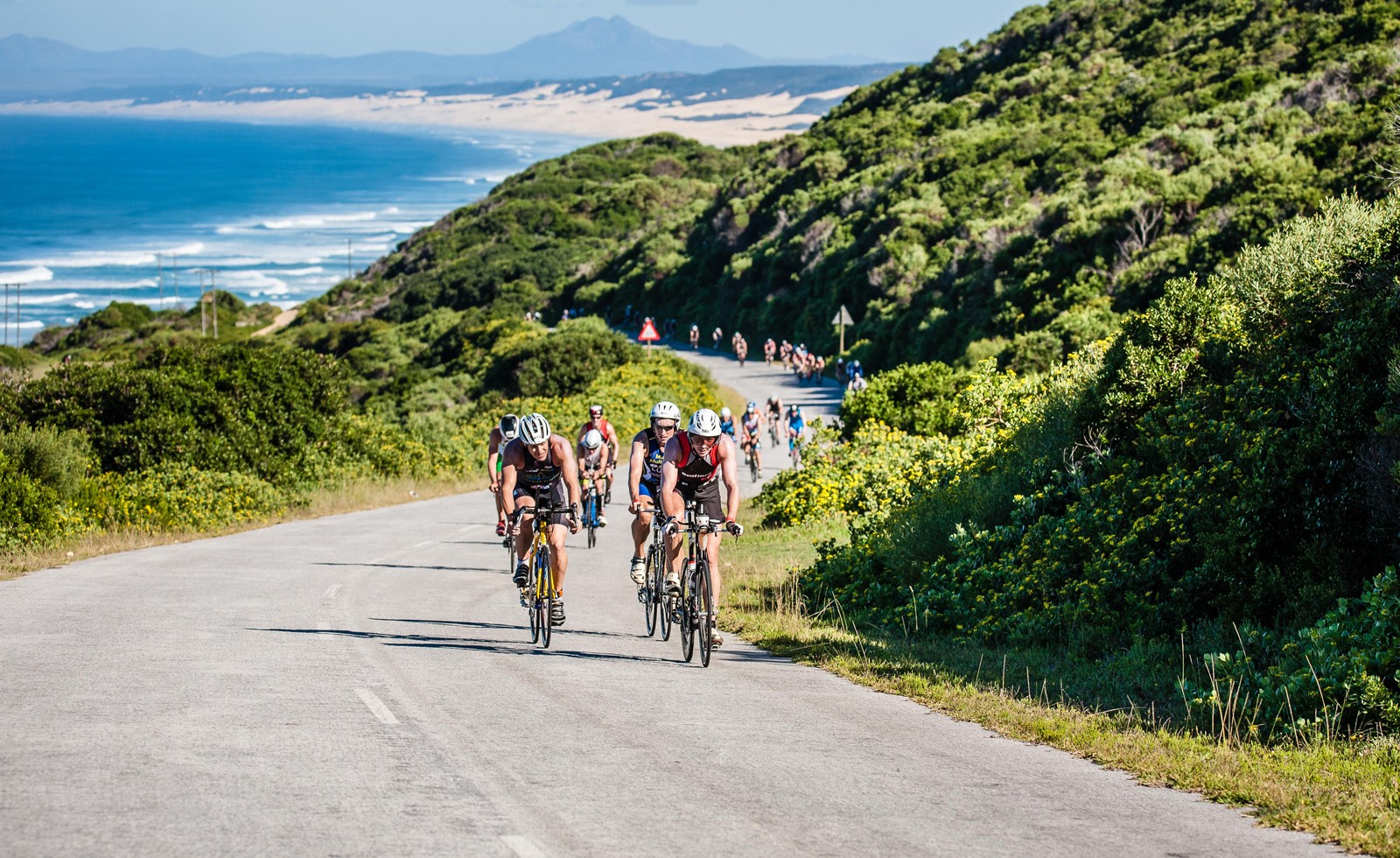 If you're from the Northern hemisphere this probably isn't going to be optimal race timing for you, being in January, but it isn't likely to be a PB course anyway given that it's billed as the second toughest Ironman 70.3 in the world!

I raced this to 'celebrate' turning 30 and it was well worth the trip. The registration was swift and well organised and they were offering exceptional cheap massages at the expo, which was a bonus. Expo was a bit thin in terms of variety of products and the event had no race-specific merchandise which was a bit weird - who is going to buy last year's 'Ironman Sourth Africa' t-shirt when you're doing the 70.3?!

Briefing by Paul Kaye was as entertaining as always, especially when he mentioned that it's the second toughest IM 70.3 in the world and that there are shark guards in the water. *Gulp*.

The swim was very choppy and the safety was full on - even in the practice swim you HAD to have tyour timing chip and they started everyone in small groups so they could monitor you. You could also only swim to the first buoy, about 300-400m max.

The race itself was good - rolling beach swim start and a bit of slow wading in and out of the waves made for slower swim times, especially with the chop as well, but it certainly wasn't unmanageable or even particularly uncomfortable. The run out of the swim into T1 is up a steep hill though, which doesn't make for the fastest T1 times..

Bike is basically out and back on a massive long highway, 45k of what is essentially climbing, then turnaround and whizz back (although a few hills on the way back too). It's not as bad as people make out but it certainly isn't the fastest course, with circa. 4,000ft of climbing.

The run is interesting! Mostly flat but with one 500ft hill (two laps render 1,000ft of climbing on the run) so save some energy! It was pretty hot on the run but aid stations were awesome. Again, not the fastest but the support is pretty good and it's quite a nice scenic run along the seafront too.

Finishing chute and finish area was great. For an off-season race, I would thoroughly recommend it, everything was slick and the after-party was the best IM after party I have ever been to. The ridiculous exchange rate helped, with beers at 80p a pop!