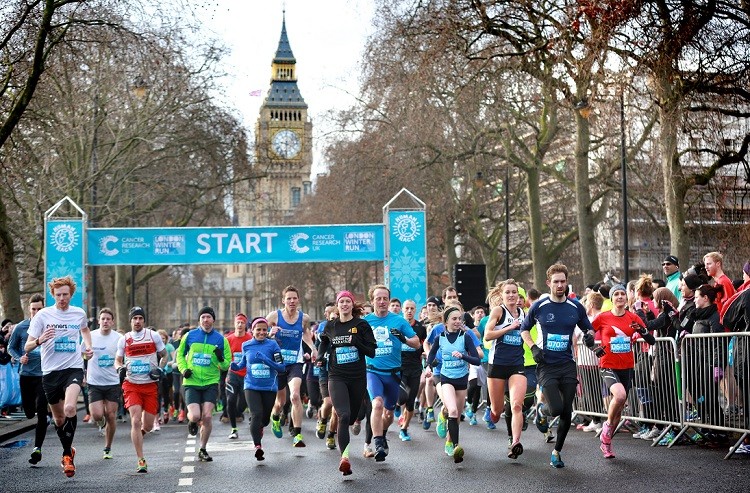 I've run in London only a handful of times, and only one of those was a race - the London Marathon. This was a chance to race in the capital once again. It's a fun course, and it's one I'd really recommend. Even though it's a little crowded at the start I think this course has PB potential - it's mostly flat too.

Before the race there's a mass warm-up, and people from Nuffield Health handing out running hats if you want one. The bag drop is pretty well organised, as is the finisher funnel at the end. I can't really think of anything they could do to improve it.