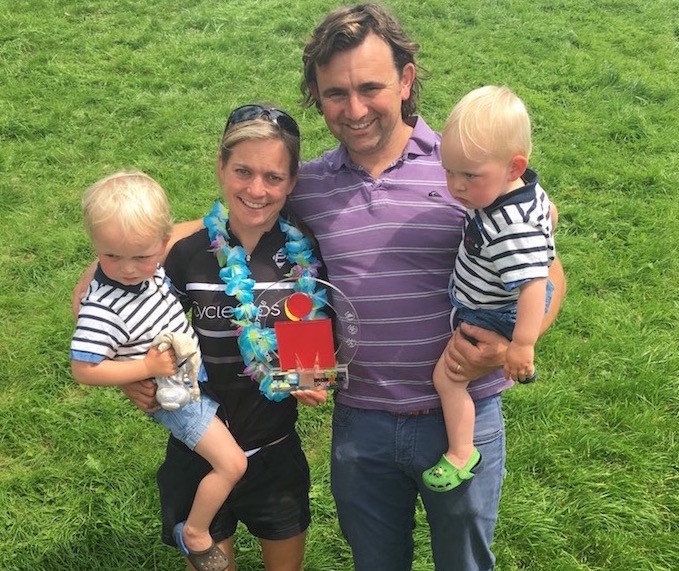 Six months after giving birth to her second son, Sophie discovered she had a gift for ultra-endurance sport when she finished 9th overall and 1st amateur at Challenge Weymouth 2015 (the European Long Triathlon Championships). In doing so, she qualified for the ITU Triathlon World Championships in Oklahoma in late September and separately has also qualified for the Middle Distance Europeans in Austria in early September.

A very busy summer will also see Sophie compete at the Ironman World Championships in Kona, after securing her spot by finishing 1st amateur, 5th overall and winning her age category at Ironman UK in Bolton.

What brought you to triathlon? Do you think that a sporting background as a child is important in order to be competitive in age group racing?

I have always loved sport and grew up doing as much as I could. I wasn’t very good at the traditional school sports but used to sail competitively and later got really into skateboarding, snowboarding and surfing.  On reflection I suppose I mainly got into triathlon as a way of getting fit after my second child, I was motivated to take on an Ironman distance triathlon as I wanted a challenge; I wanted to do something to benchmark that I was back being fit and strong. I needed something big enough to scare me into training.

Prior to having children I would have said I was moderately fit; once I met my husband Nick I would say my fitness improved! He’s always coming up with crazy ideas, so I started to realise I needed to stay in shape to keep up with him!

To give you some idea one of our early ‘dates’ included cycling between Lands End and John O’Groats; for our honeymoon we hiked Wainwright's Coast To Coast across England, through the Lake District, the Peak District and the Yorkshire Moors. He has done a couple of Ironman Events and Ultra Marathons; I always thought he was mad!

My first event was Challenge Weymouth the European Long Distance Triathlon Championships which was six months after my second child; at the time I had two children under two years old. I completed the race in 11.04 hours, coming 9th overall and 1st amateur and winning my age category. This qualified me for the ITU World Championships in Oklahoma which I plan to compete in early September and motivated me to carry on.

In preparation for the ITU Worlds I recently raced Ironman UK in Bolton and came 5th overall and was again 1st amateur and won my age category. This event has qualified me for Kona this year, where I will be racing. I suppose qualifying for new events keeps me in the sport!

I feel very lucky to live in Lymington, which offers an amazing training ground; it is in the heart of the New Forest and on the coast, so easy access to open water swimming.

How many hours do you train per week? Do you also work fulltime/parent? How do you manage to balance everything together?

This totally depends on my children! I try to train around 15 hours a week, some weeks this is more and others less, 20 is the maximum in my big ‘focus weeks’ but the main thing is trying to ‘train smart’ and efficiently. Nick manages my training plan as it keeps the whole family involved and no coach could cope with the crazy ‘variables’ of our life that only we understand.  We have a friend who is an amazing sports scientist (Dr Andy Middlebrooke from Exercise Science Consulting in Exeter) and he occasionally carries out various tests on me (such as lactate threshold etc) which then help inform the plan.

Do you feel that triathlon eats into your social life? How do you feel about that?

With two children under three I don’t feel I have much of a social life anyway! The only time I ever really have to myself is when I am training or racing and this little space allows me to really appreciate the boys when we are together.

I try to incorporate training and racing with family where possible and certainly going away to events as a family gives us a lot of good quality time together.

I’m relatively new to the sport and as yet haven’t thought about quitting, I try to look at one season at a time so as not to get daunted.

In preparation for the birth of my second child I practiced something called Hypno Birthing, which focuses on breathing and meditation and I now use this technique when I am on the run.

I try to always reccie the routes prior to the race so in the build up to the start I can visual how I would like the race to go.

How do you spend your off-season? Are there sports that you enjoy doing that you feel compliment triathlon

I generally enjoy the three elements to triathlon and so carry on in a smaller scale throughout the off season, coupled with some mountain biking. I also try to focus on some strength and conditioning too.

Any race day, I love racing!

I have too many to list; last year I was trying to juggle training and racing with my two babies and had so many funny stories that I started a blog www.facebook.co.uk/sophie.bubb. In the beginning the boys used to often come with me as I was breast feeding Billy until he was 6 months old.  Sometimes Nick would have the boys in the bike trailer whilst I ran and occasionally he would have to come and find me on my long rides with the boys in the car so I could feed Billy and then carry on! The chaos they have caused has been amusing, stressful, but overall fun!

Training and racing is very much a family activity.

To do my best at the European Middle Distance, The ITU World championships and the Ironman World Championships. 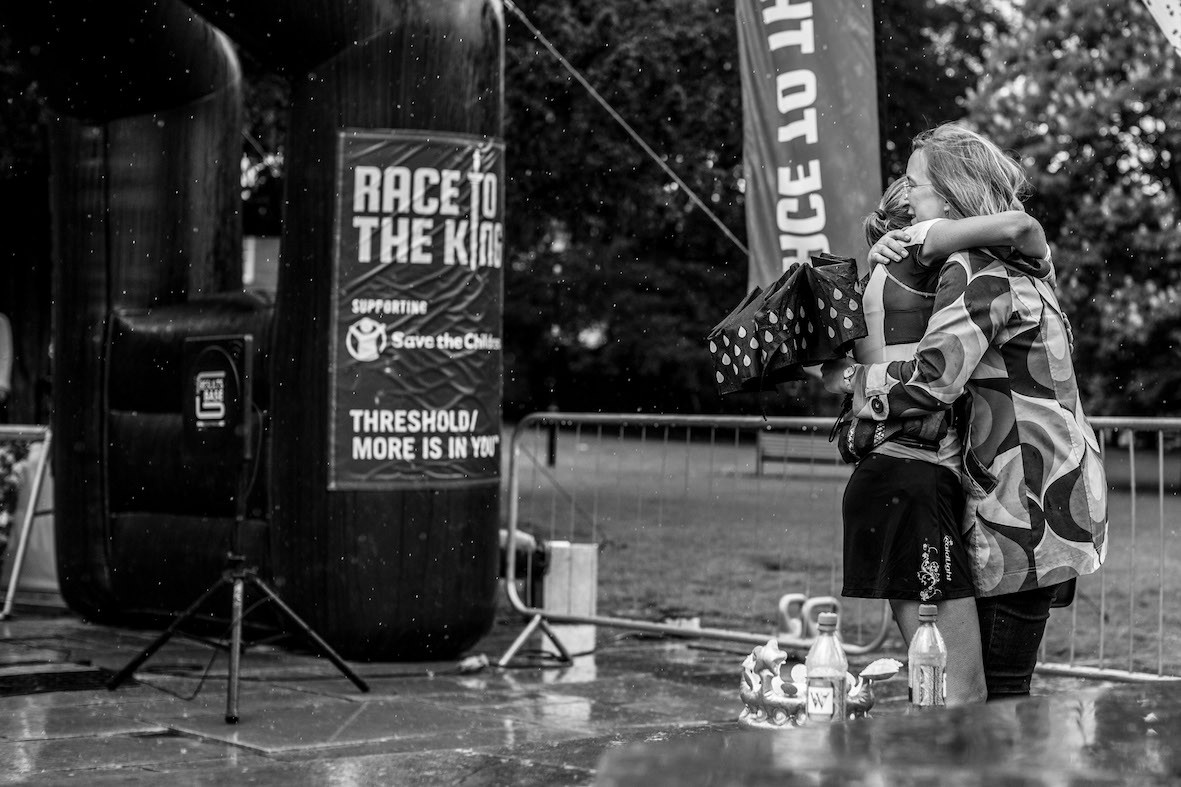 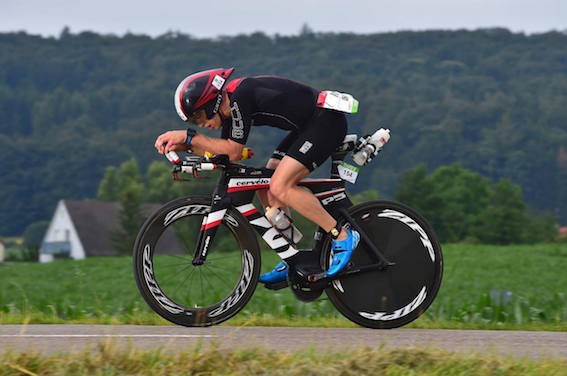 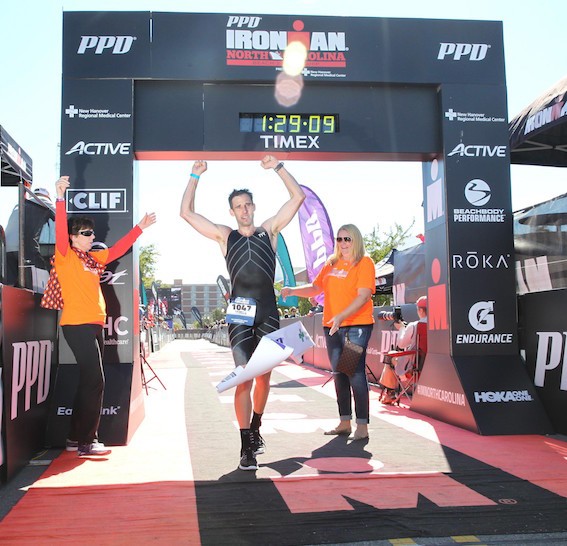