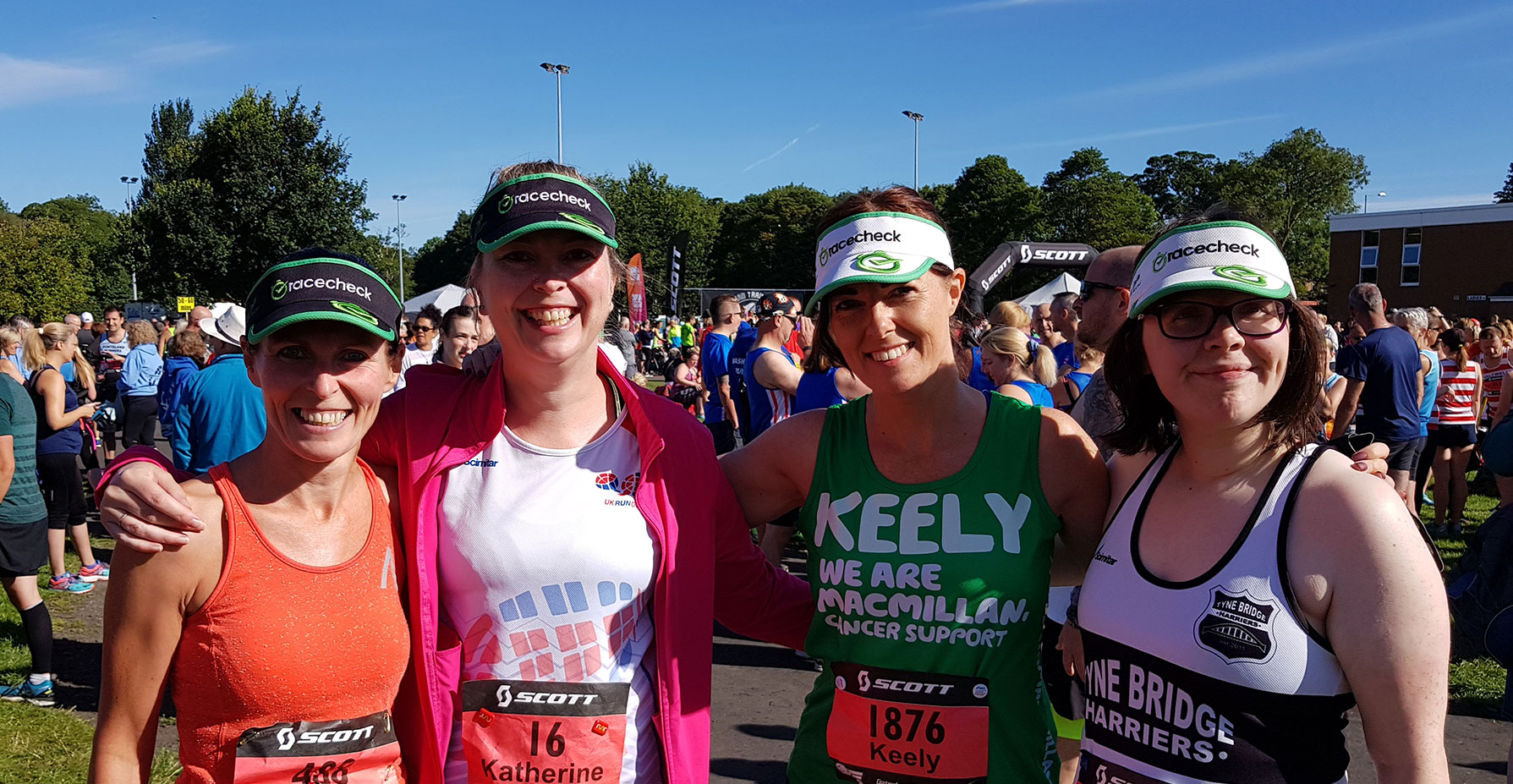 Making connections through the #visorclub

#Visorclub grew organically from our community which couldn’t be more apt and is all the more special for that fact. Technically an exclusive club within the wider Racecheck community, members earn their places by posting race reviews, in doing so entering into a monthly draw. Successful new members are awarded with a distinctive Racecheck visor which has become something of a badge of honour. They have also proved to be a beacon drawing strangers to one another, a shared passion breaking down barriers.

At the Running Show, serendipity found us talking with an enthusiastic trio of runners from the North East who told us how being part of the Racecheck community, and #visorclub in particular, has positively shaped their lives.

For Keely, her running has gone from a solitary pursuit with the occasional event shared with a friend from overseas, to a sport in which she is rarely without friends:

“I started running 11 years ago as I was trying to lose weight while following Weight Watchers. I’ve spent most of those years running alone. I have a lovely friend, Julie, who I've had the pleasure of signing up to races with, although she is a little far away from me in France. We persuaded each other to do our first marathon together at Brighton in 2014 and our first ultra in October 2016 at Jedburgh Three Peaks.”

Things changed when the friends discovered Racecheck and the #visorclub:

“We heard via Twitter about a website you can review your races on, which is a great way to find an event, as reading others’ reviews gives you insight before deciding. With these reviews was the chance of receiving a visor in the monthly draw. I loved this idea: the thought of being at a race on your own then seeing another visor and feeling, actually you aren't alone, you are in #visorclub. Whether you know the person or not, it feels you have a connection. My friend and I both received a white visor through the post. I was a tad excited about that.”

Having become an active member in the Racecheck community and earned the hallowed visor, Keely headed to the Gateshead Trail 10k in August 2018. She described the pleasure of picking out fellow #visorclub members via their headgear. Until then, most of the people she’d met had been based further south, but on that day “two fellow Geordie lasses”, Claire and Marie, were among the visor wearers. It didn’t take long for the three of them to establish how much their calendars crossed over.

Claire describes the value of organising Racecheck gatherings at events:

“Arranging meetups at races gives us a sense of a common goal and truly makes us feel like a club coming together to share the hobby that we all have in common, no matter what the pace is. The Racecheck crew were waiting at the end as I finished [the Gateshead Trail 10k]… It is great to feel part of a community.”

There’s that word ‘community’ again, proving that Racecheck is something that is so much bigger than a website and an app. Through the #visorclub, Racecheck’s users have become a strong network of friends and teammates, as Keely explains:

“Racecheck really brings people together so you never race alone. They provide a brilliant website and now the app too. I also believe that being part of the club gives you confidence to try races you probably wouldn't if facing them alone. For example, I'm doing St Illtyds ultra in May and knowing lots from visor club are doing it too means I'm more excited than nervous.”

Claire adds: “Being part of Racecheck during a race certainly adds to the atmosphere and means I have a great experience on race day as I felt like part of a family.”

And it’s not just at races that the #visorclub come together. Claire says, “We occasionally spot each other at a local parkrun, particularly Marie who is a regular at the Rising Sun parkrun that I occasionally attend. We look forward to attending future parkrun events and races and know that running boosts our health and wellbeing.”

Marie echoed these sentiments, “Running has vastly improved my life on every level. It also introduced me to Racecheck where in Nov 2017 I became a #visorclub member. This has been a valuable tool to have in the running world and has given me the courage to stop people wearing the logo at races just to grab a selfie. I have found others local to the area who I would never have met without Racecheck and struck up friendships with them. Always looking for a chance to meet up for a photo! It’s a fab community and a great asset for any runner.”

As well as making new friendships through running and Racecheck, Marie also forged another kind of relationship, “I decided it was time to join a running club so messaged [John] about joining Wallsend Harriers. We soon became great friends as I helped him recover from a groin injury he picked up at the London Marathon. Our friendship soon turned into a relationship and I continued to help him recover by training alongside him

“We eventually went back to the point [of the London Marathon] where he picked up the injury – mile 24 – and he seemed so down about it all. It was then I decided that I was going to propose. The following year we sorted everything to run London together and on 23/4/2017, at mile 24, I popped the question. He said yes and we still run everywhere together now!”

Whether it’s meeting new friends, finding a life partner or just being surrounded by a group of likeminded people, the #visorclub community is a fantastic one to be a part of. Claire summarised this incredible community feeling:

“I believe that being a part of the #visorclub has totally led to an improvement in my running life.”

Racecheck is constantly delighted to see what our community is getting up to, reading race reviews and coming together under the banner of the #visorclub. Having friends and teammates to provide mutual motivation and drive for training and racing is exactly what keeps us going, and it’s great to hear that people like Keely, Claire and Marie “feel privileged and proud” to wear their visor.

Email katerina@racecheck.com if you would be interested in joining the #visorclub. 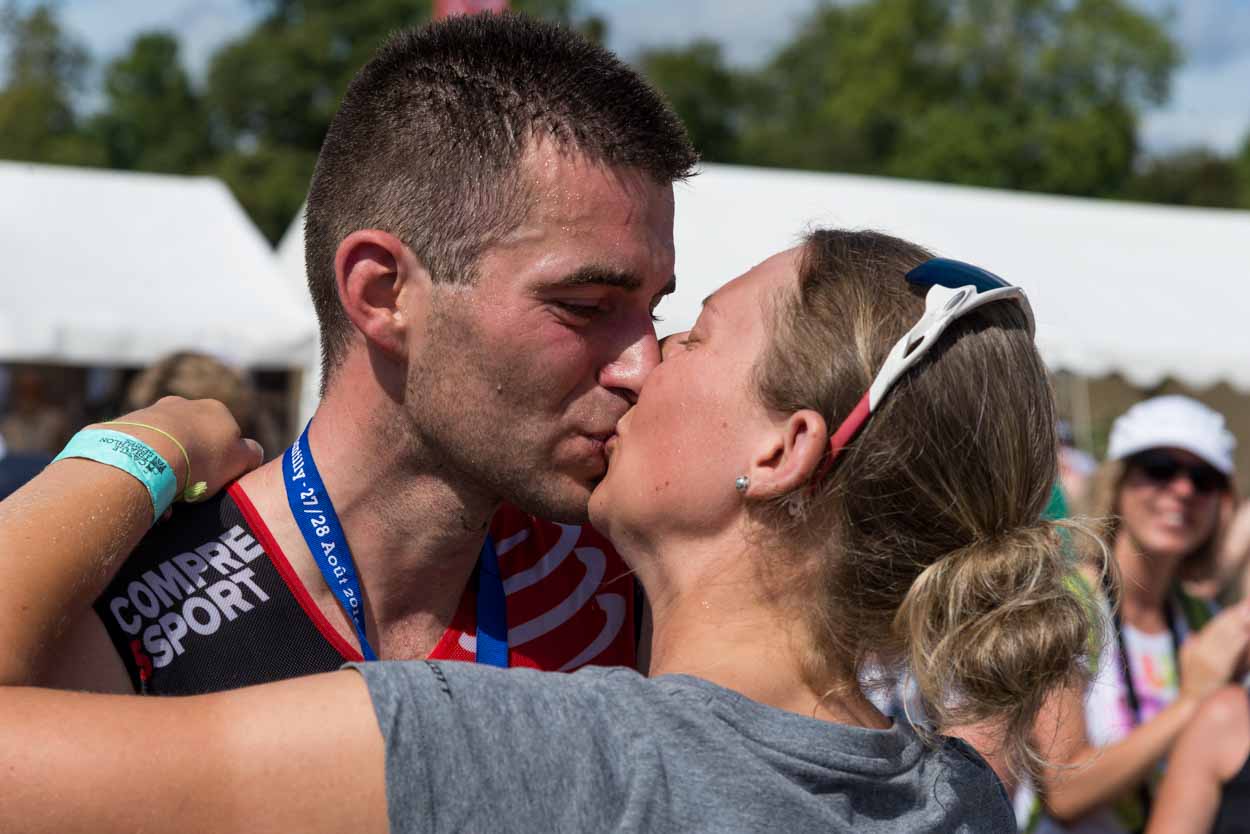 Race together to keep your relationship together

It’s about time we threw the traditional wining and dining out of the window, running and racing is the new secret to a long, happy and harmonious relationship 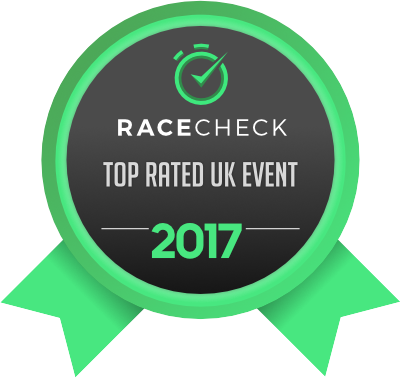 The Racecheck Awards: our favourite running, swimming and triathlon races in the UK today