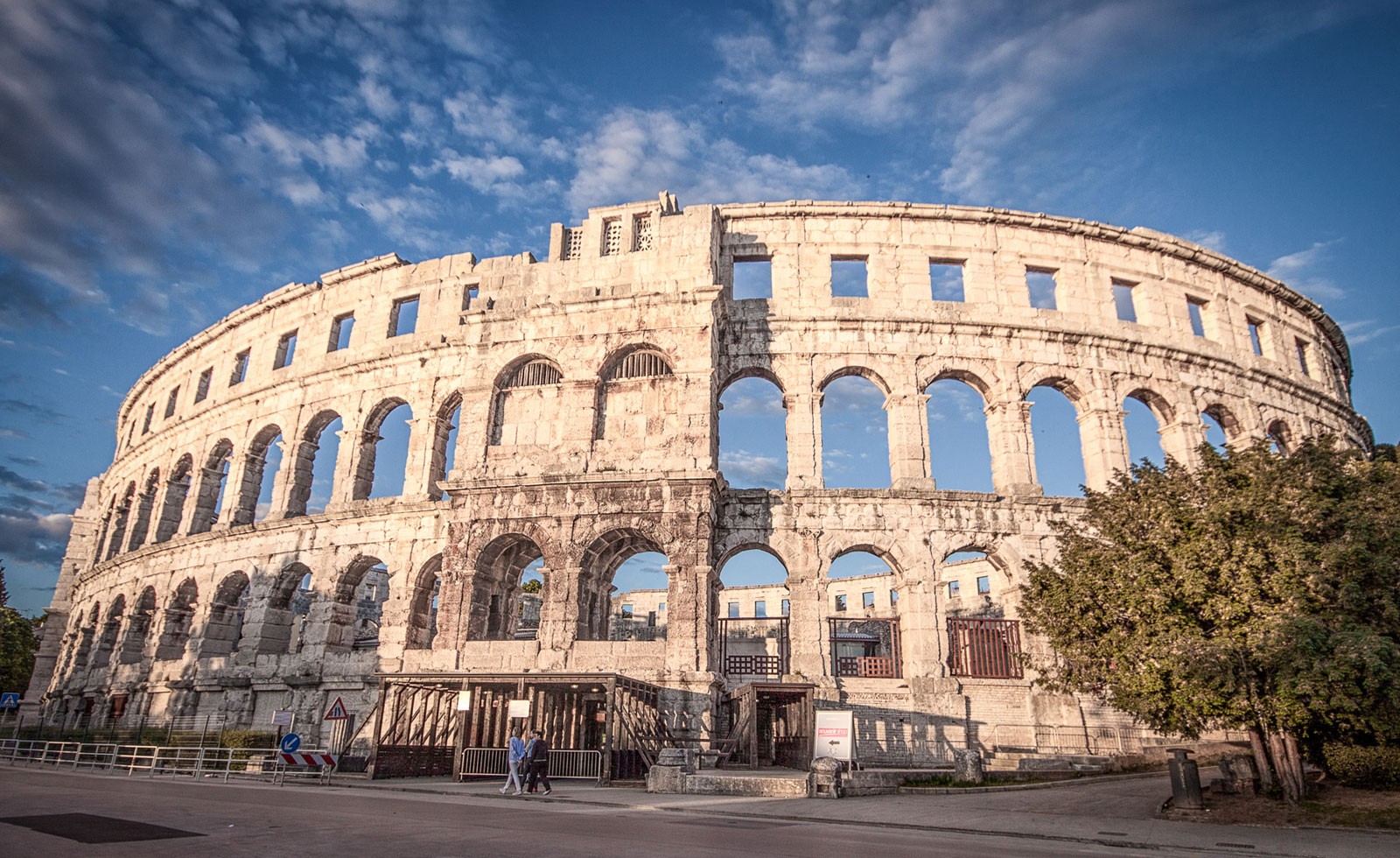 This was the inaugural 70.3 Pula and for me personally, my last race of the season. Pula is easy to get to once you can find a flight which goes there! (Plus they're not very frequent - I had to stay a week out there so bear in mind for booking time off work etc).

Once there the city is only 15 mins from the airport so logistically very easy. I would recommend staying in the city as there is more to do. This is where the expo and finish line is.

The expo and registration area was very small and seemed slightly disorganised, the officials seemed confused about certain questions so there was a slight sense that this race was brand new to everyone. Having said that, it was all completed very quickly and smoothly.

The race start was 10 minutes outside of Pula on a peninsula called Verudela - there is very little around there other than a hotel. The day before the race, athletes had to go and check their bikes and kit into transition (T1) by the swim exit. It is a split transition - so you then have to go and check your run bag into T2 in the city of Pula. It was simple enough, no issues here at all and everything ran smoothly.

On race morning I just got a taxi to the race start - it was a nice casual 10am start time so no early morning alarms! And unlike some other races, they closed transition at 9.45 so not a whole load of uneccessary waiting around.

In reality it was pretty smooth, no bashing or jostling for position, which was refreshing! The sea seemed pretty calm and on the way out, felt great. However, on the turn back in, it started getting extremely choppy. It was your dreaded washing machine type swim where you feel like you are making no progress whatsoever.

Finally, after what felt like a long time of fighting my way through the waves, I ran out and up the swim exit ramp, surprised to see a PB on my watch! Good start!

It's a pretty steep (but short) hill out of transition which doesn't really contribute to getting your breath back! Grab the bike bag and T1 ended up being pretty quick.

The bike was always going to be interesting as it was forecast to be 50kph winds with even stronger gusts (all week leading up to the race it was realtively still and calm). There goes my target bike split!

You could feel the wind straight away but it was a case of just grinding through it. At some parts it was really, really demoralising but I guess everyone is in the same position! I had a deep section wheel on, which was fine most of the time.

The course(one lap, which is nice) is mostly uphill and flat during the first half. On the website and in the athlete guide it said the bike course involved 750m of ascent but my Garmin clocked nearly 900m in total. It started to feel like we were only ever going uphill! But you can still maintain a really decent pace anyway - it's not constant uphill.

When you reach 50km though, it gets fun! The rest of the way back down into town is pretty much downhill the whole way and my speed was hovering oveer 50kph for a lot of it. I averaged 38kph on this last part of the course, despite the wind (without which I think it would have been even faster). This section of the bike course was BRILLIANT fun. The onyl comment I'd have about the bike is that there were only 2 aid stations along the whole course, so plan nutrition carefully!

Coming back down into town, T2 is by the shipping harbour and they had a system where you just rack your bike next to the last bike.Really, really easy. No finding your number or running around dodging people. It was excellent. Grab the run bag and that makes for a very quick T2!

The run was great actually. It runs all the way along the sea front by the shipping harbour/shipyard and then loops into town, taking in all the iconic sights of Pula including the famous arch. The crowd support wasn't bad either. The run consisted of 3.5 loops which was a nice number, as you knew after three times there was only a short section to go.

Again they seemed a bit thin on aid stations - half the course was well prepared but the long section along the seafront felt like you had to go a long time without water. Run course was mostly flat with a few short and low gradient hills.

The finish line was incredible. You run into the Pula Arena, which is one of the most intact Roman amphiteatres in the whole world. It really was spectacular and unlike any other finish line I have ever experienced.

A short time after I had finished I had an email from Ironman Europe announcing that all swim times were to be voided due to two of the buoys getting dislodged in the strong wind and waves, and as a result some athletes had gone off course. To make it a fair result they were voiding every swim time and every T1 time.

Unfortunately for me (and probably a lot worse for others), this meant I was in 4th place in my age category rather than 3rd. I have to say I was quite appalled at this - for a huge organisation like Ironman not to make the necessary provisions for tough swim conditions seemed a bit ridiculous. The gale force winds forecast for race day had been predicted all week so it wasn't a sudden surprise. It was poor, and definitely marred my overall (good) opinion of the race - this was really disappointing.

Otherwise, it was great. I probably wouldn't do it again as there isn't much to do in Pula and there are so many other beautiful race locations around the world to explore, but I would recommend it. As long as they don't mess up the swim next time!!!